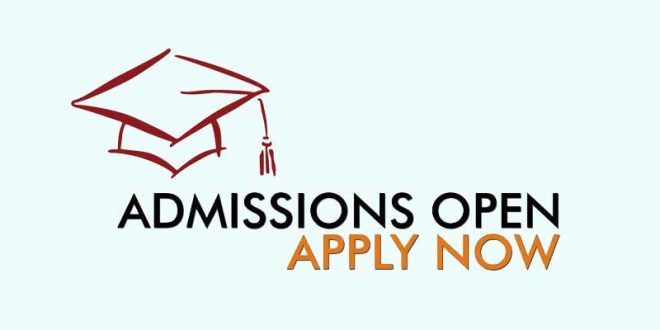 Patiala, July 15 (Raftaar News Bureau) :  Jagat Guru Nanak Dev Punjab State Open University, Punjab’s first Open University and India’s 14th government Open University has opened admissions for the eight certificate courses from today i.e. July 15. In an attempt to highlight its mission to equip the youth with skill and knowledge, the university has especially chosen UN-declared World Youth Skills Day to set out for a noble yet rigorous journey of its academic voyage.  Informing the media persons in the press conference held on its campus, the founder Vice-Chancellor Prof. Karamjeet Singh said that the need-based innovative programmes ranging from technologically-driven courses like Certificate courses in Cyber Security, Digital Marketing, Artificial Intelligence and its Applications, Creativity and Innovation in School Education to the progressive courses like Values and Learning of Sikhism, Rural Management, Effective Business and Social Communication, The Science of Happiness at Work are being offered at a very nominal fee of Rs. 4000 to Rs. 6000 from the very first academic session 2021-22. The above mentioned courses are of 6 month duration; however the learner can take up to 2 years to complete the course. Hence, the freedom to the learners offered in the form of pace of learning; transfer of credit s, eligibility for enrolment and age of entry make the courses suitable not only for the new learners but also for the in-service professionals and entrepreneurs.

The university has been established in the city of Patiala to commemorate the 550th birth anniversary of the founder of Sikhism Jagat Guru Nanak Dev ji. Following the core belief of selfless service i.e SEWA, preached and propagated by the universal guru, the university too is committed to uphold the values and virtues of “Nanak Naam chardi Kala Tere Bhane Sarbat Da Bhala”  to create an equitable and knowledgeable society. Expressing his noble intent to uplift the people of Punjab, the university Vice Chancellor Prof. Karamjeet Singh shared quoting generously from Gurbani “Na Ko Bairi Nahi Begana”, the university will provide free education to 550 economically disadvantaged and impoverished students across the state to pay a glorious tribute to the 550th Prakash Purab of Sri Guru Nanak Dev Ji. Recognising the human race as One as enlightened by Guru Gobind Singh ji “Manas ki jaat sabe ekai pahchanbo”, the university is committed to provide high-quality education to those who wish to realise their ambitions and fulfil their potential irrespective of their caste, colour, creed, gender and religion. Rather in a bid to honour the Guru’s proclamation of uplifting the status of women in society “So Kyon Manda Akhiye Jit Jamein Rajan”, the university has announced additional benefits for the female students.

Underscoring the role of Open universities in enhancing the gross enrolment ratio of the students in higher education in the country, Prof. Karamjeet Singh said that the degrees earned through the distance education mode from this university will be at par with the courses done through the regular mode of education from the traditional universities. In consonance with Guru Nanak Dev Ji’s offbeat approach of travelling in all the four directions to spread His words of wisdom, the university too will make rigorous efforts to reach out to the hitherto unreached population and the remotest areas of the state. Hence, it will make the optimum use of the information and communication technology and choice-based credit system coupled with the new education policy-2020 to overcome the structural rigidities of the conventional system. He further added that a very nominal fee is being charged by the University for the courses; which is significantly less as compared to the private institutes and in fact 30% less as compared to the government universities providing distance education.

Highlighting the prompt assistance offered to the students across the state, the registrar Dr. Dharam Singh Sandhu said that the six learner support centres(LRC) have already been set up in the Government colleges at Amritsar, Gurdaspur, Hoshiarpur, Ludhiana and Patiala and at Lyallpur Khalsa College, Jalandhar and the process is underway to set up five more LRCs in the districts of Bathinda, Sangrur, Mohali, Ferozpur and Faridkot. These centres will advise, counsel, provide vocational guidance, hands on experience, library services and render any other assistance required by the learners during their course of study with PSOU.

Prof. Anita Gill, Dean Academic Affairs of the university informed about the details of the six Schools that have been set up to run the courses. She said that the admissions for the undergraduate degree courses offered by the three schools- School of Business Management and Commerce, School of Sciences and Emerging Technologies and School of Social Science and Liberal Arts will start during the current session only as soon as they get approval from the UGC. The process is underway and the academic calendar for the same will be shared soon.

Advocating a robust research and development culture on the campus, Prof. Karamjeet Singh added that the university is planning to set up a research centre from the next session to boost the nation’s campaign for self-reliance.