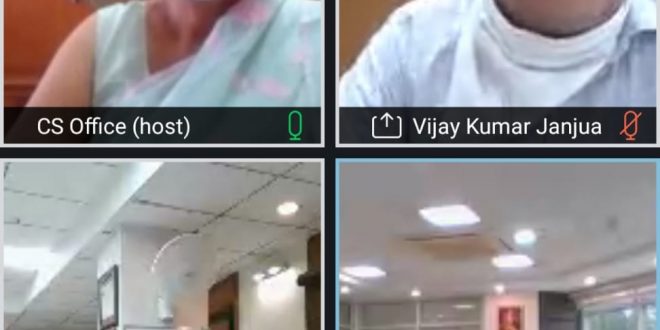 SOON, UPLOAD PHOTO TO GET HELP IN CASE OF STRAY ANIMAL MENACE

Soon, the solution to the perennial stray animal menace will be at your fingertips. You can upload the picture of stray animals roaming in your area on an e-portal following which the enforcement staff will take them away and rehabilitate them at the pounds and sheds available for the purpose in the state.

This 24×7 facility will be one-of-its-own-types and is aimed at checking the increasing menace of stray animals.

Besides, the existing capacity of the cattle pounds besides the sheds at the government facilities will also be augmented with additional space to accommodate more stray animals to be caught under the special drive to free the roads and public spaces of the stray animals in the state.

The decisions to this effect were taken at a high-level meeting, chaired by the Chief Secretary, Ms Vini Mahajan, to review the steps being taken to effectively address the menace of stray animals in the state.

The Chief Secretary instructed the Governance Reforms department to develop an e-portal with the 24×7 facility of uploading the clicked picture of stray animals roaming in the public area with its latitude and longitude (geo-tagging). The uploaded picture on the portal shall be accessed at the headquarter level, from where the same will be automatically transferred to the concerned officials for catching and taking away the photographed stray animals.

On getting the intimation, the animal catching team, along with all the requisite necessary equipment and logistics, will move to the area concerned and bring that animal to the nearest shelter, pound, and shed with prior information to that government and private facility for making all the necessary arrangements for the arriving animal. The animal, after being lodged at the facility, would be given due veterinary care by the local veterinarian and the requisite care and management would be provided by the concerned shelter house for ensuring proper rehabilitation of the caught stray animal. The officials concerned will be responsible to act on every photograph and intimate the action taken report to the headquarters.

The Chief Secretary also directed the Rural Development and Panchayats department to construct more sheds in all the 20 government cattle pounds in the state.

Besides, she also asked the Rural Development department to work out a plan to open smaller pounds in a 5-acre area at block level in the state.