Home / Breaking News / CONCERNED OVER DELTA PLUS, PUNJAB CM ORDERS EXTENSION OF COVID CURBS TILL JULY 10, BUT BARS/PUBS/AHATAS CAN OPEN AT 50% 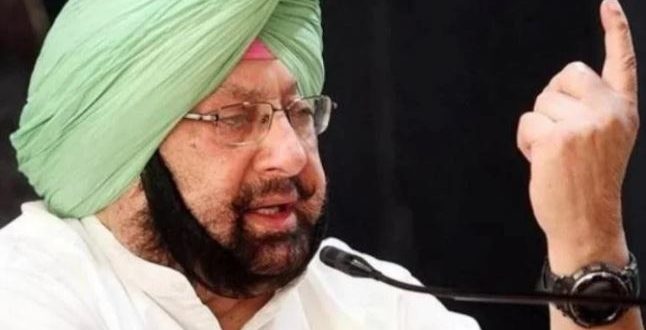 CONCERNED OVER DELTA PLUS, PUNJAB CM ORDERS EXTENSION OF COVID CURBS TILL JULY 10, BUT BARS/PUBS/AHATAS CAN OPEN AT 50%

With cases of Delta Plus variant coming to light, Punjab Chief Minister Captain Amarinder Singh on Tuesday ordered extension of the Covid restrictions till July 10, with certain more relaxations, including opening of  bars, pubs and ahatas at 50% capacity, beginning July 1.

Announcing the relaxations at a high-level Covid review meeting, the Chief Minister made it clear that the bars, pubs and ahatas would have to strictly maintain social distancing protocols, and waiters/ servers/other employees should have taken at least one dose of the Covid vaccine.  He made it clear that it would be the responsibility of the owners to ensure that the conditions are met.

Expressing satisfaction over the decline in positivity to less than 1%, with overall fall in active cases, the Chief Minister noted that the positivity rate in some districts still remained over 1%. Further, the finding of Delta plus variant was a matter of concern, making it essential to continue with the curbs, he stressed.

The month wise whole genome sequencing has shown that more than 90% is a variant of concern, with the original virus having been practically replaced by variants, disclosed the Chief Minister. Two cases (Ludhiana and Patiala) have shown Delta plus variant, while in May and June, the Delta variant was most prevalent, he pointed out.

Of the 198 contacts of the Ludhiana patient traced and tested, one was found positive and the sample has been sent for genome sequencing, while in the Patiala case, for which the genome sequencing report was received on June 26, the process of tracing/testing is going on. Chief Secretary Vini Mahajan disclosed that genome sampling of as many as 489 samples (including 276 sent in April, 100 in May and 113 in June were still pending with the central lab). She also clarified that the Delta plus variant was found in samples sent by the state govt in May, whose results were given by GOI labs recently.

Captain Amarinder ordered fast tracking of the establishment of a Whole Genome Sequencing Lab at GMCH Patiala, in association with the international non-profit organisation PATH, to make it operational by July. He also ordered intensification of genome sequences of cases reported from clusters in limited geographical, institutional or superspreader event area to check the spread of the potential third wave.

Reviewing the preparations for what experts have predicted as an imminent third way, the Chief Minister directed the Health and Medical Education departments to scale up testing Further from the current 40000 a day and contact tracing, currently at 22 per positive person, at not less than 15 per person. Underlining the need to continue with Corona Mukt Pendu Abhiyan in full force, he also directed organisation of outreach camps especially in villages for testing.

On the steps taken to reduce the turnaround time for testing, he stressed the need to proceed expeditiously with the proposal from PATH to support automation of the government lab at GMCH Patiala on a pilot basis, and equip it with barcode scanning so that data is automatically fed into the system.

Health department should continue to prioritise the Lok Sanjhedari model so that there is community ownership and a sustained campaign to observe Covid appropriate behaviour, said the Chief Minister. Health Secretary Hussan Lal, in a brief presentation earlier, said the department had formulated a comprehensive surveillance strategy to keep a check on the potential third wave drivers. These drivers include behavioural change after the 2nd wave, seasonal changes, re-infection due to waning of immunity and viral mutations.

The Chief Minister asked the department to work on restrictions computed on area basis (ward, village, block, town, city), going beyond the micro containment and containment strategies being followed so far.

Captain Amarinder asked the department to give appointment and postings, at the earliest, to the 128 specialist doctors recently selected by the Dr KK Talwar committee.  Regular recruitment should also continue at all levels, he added. The Chief Minister noted that 77 PSA plants are in the process of being set up to meet requirement of oxygen in case of a sudden surge. The state also has over 6700 Oxygen concentrators, he added.

Medical Education & Research Minister OP Soni said 80% of the preparations needed to tackle the third wave were already completed in the Government Medical Colleges of the state.

Dr Talwar told the meeting that it was very difficult to predict the third wave due to mutation, with the Delta Plus variant already reported from 12 countries and 52 cases in Maharashtra. Urging extreme caution, he said it was necessary to see how the mutant behaves. As of now, the existing vaccines were showing effectiveness against the present variants, he said.

On the Black Fungus (Mucormycosis), the Chief Minister noted that Punjab has had much fewer cases than most other states, including Haryana, and Delhi, which not only saw more cases but more than three times the deaths in Punjab. The Chief Minister, however, said it was unfortunate that 51 people had died due to black fungus in the state.