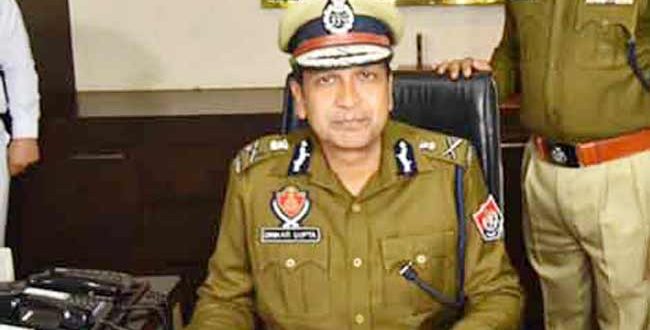 Amritsar, June 28 (Raftaar News Bureau) :       A day after a drone was used to drop an IED at the Air Force base in Jammu, Director General of Police (DGP) Punjab Dinkar Gupta held a high level meeting with senior officials of Border Security Force (BSF) and Punjab Police to chalk out a strategy to deal with the national security challenges posed by drones.

The DGP asked the officials to use the last two years’ data to narrow down and pinpoint the areas, which are conducive operation of drones.

While proposing to instal infrared Closed Circuit Television (CCTV) cameras on the road network in the border villages, DGP Dinkar Gupta also directed the officials to list out the possible camera points in the vulnerable areas/roads.

Meanwhile, the DGP also ordered district chiefs to nab all the Proclaimed Offenders (POs) and Bail Jumpers of NDPS cases in their jurisdiction at the earliest.