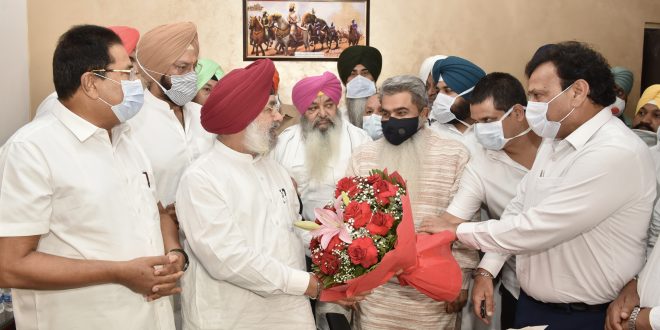 Assuming charge here at Anaaj Bhawan amidst an array of his supporters and department officers, Lalli Majithia expressed his gratitude towards Captain Amarinder Singh for reposing faith in him for handling this critical position. Our Chief Minister’s leadership and direction have been the sole inspiration behind the department’s superlative contribution and hard work during the record last 9  crop seasons on the trot since the government took over in April 2017, he said.

Cabinet Minister Bharat Bhushan Ashu congratulated the new Chairman and extended his best wishes and support to him on behalf of whole department.

Exhorting the department officers and field staff to keep putting their best for the state, Lalli Majithia expressed solidarity with the farmers protesting against the three central agricultural legislations. Punjab under stewardship of Captain Amarinder Singh would always be at the forefront to support our Anndatas in their genuine battle against these unconstitutional and undemocratic acts which are totally repugnant, he added.