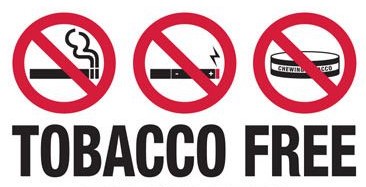 Punjab Government has launched a drive to eradicate tobacco use to save children and youth on the occasion of World No Tobacco Day.

Giving details here today, Health Minister Mr. Balbir Singh Sidhu said that a special week long campaign has been launched in all the districts w.e.f 31st May to 6th June 2021. He said that during this campaign, all the govt. health facilities will be declared as Tobacco Free and No Tobacco Pledge will be taken at all health facilities. A state level Anti Tobacco radio campaign and audio announcement at Bus stands have also been launched to spread awareness among  people.

Mr. Sidhu said “Tobacco use is a major threat to public health globally. Smokeless tobacco users first of all are prone to deadly diseases and early death, secondly users have a tendency to spit in public places, and therefore it increases health risks especially by spreading infectious and contagious diseases like COVID 19.

On the occasion, he urged all the citizens of the Punjab not to use or spit tobacco in public places as it is prohibited under section 268, 269 & 278 of Indian Penal code, 1860.

Mr. Sidhu said that the health department of Punjab has taken up tobacco control as a flagship program. All the 22 districts in the state have been declared as Tobacco Smoke Free. Total 739 villages have been declared themselves Tobacco Free. During year 2020-2021 – 8,177 Challans have been issued against the violators under Cigarette and other Tobacco products Act, 2003 (COTPA, 2003). Tobacco Cessation centers have been established in all the districts. Free counseling services and cessation medicines like Tab Bupropion, Nicotine gums and patches are being provided in these centers. Total 10,832 Tobacco users have received services at these centers in year 2020-21.

He said that Punjab is a pioneer state to focus on youth by timely ban on E cigarettes, hookah bars and by declaring Colleges/Universities as Tobacco Free. State is also working on Tobacco vendors licensing to curb this menace of Tobacco as this will go a long way in deterring young children & youth from initiation.  ……………..

How To Write Essays

How to Compose Your Essay the Next Day