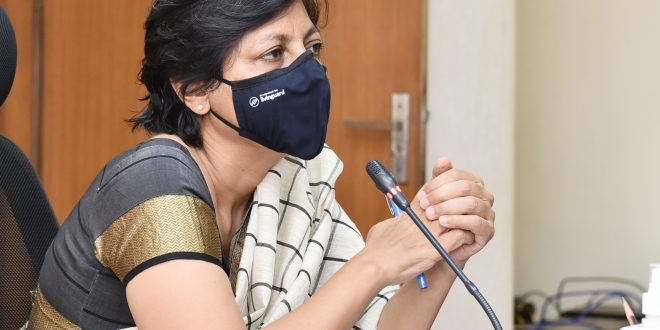 Punjab Chief Secretary, Ms Vini Mahajan, on Monday, directed the concerned department heads to complete the major public-oriented infrastructure projects in the state on a war footing within the stipulated time frame.

Ms. Mahahan was chairing a meeting of the Public Investment Management Committee to review the implementation and completion of major infrastructure projects in the state with the concerned administrative secretaries of the various departments.

The Chief Secretary said the Chief Minister Captain Amarinder Singh has initiated a number of pro-people projects in the state and it was the responsibility of the officers of all the departments concerned to ensure timely completion of the projects under their respective departments.

She said all the projects of public importance should be completed on priority basis so that the people of Punjab could avail the facilities.

In order to strengthen the focal points in different cities, the Chief Secretary directed the Industries department to ensure the creation of requisite infrastructure and complete all the projects in a time-bound manner.

The Chief Secretary also directed the Finance Department to ensure the timely release of the funds for the completion of various projects as per the requirements of the implementing agencies.

The meeting was attended by the senior officials from the departments of Civil Aviation, Industries and Commerce, Health and Family Welfare, Medical Education and Research, Jails, Higher Education and Horticulture.