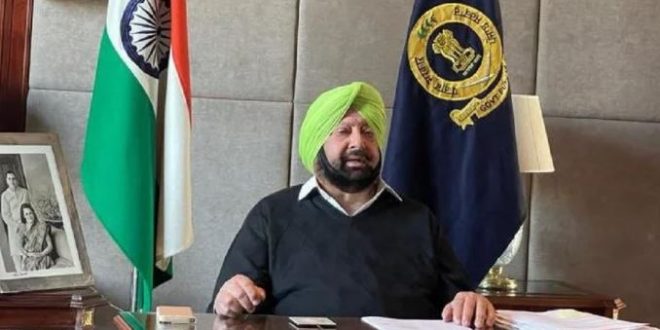 Categorically rejecting the allegation of the state government’s failure to effectively tackle the Covid pandemic, Punjab Chief Minister Captain Amarinder Singh on Sunday urged the Bhartiya Kisan Union (Ekta Ugrahan) not to go ahead with their proposed dharna, which he said could turn into a super-spreader of the contagion.

The Chief Minister said his government had fought hard to prevent Punjab going the way of some other states, such as Delhi, Maharashtra and even Uttar Pradesh (where bodies floating in the Ganga river had exposed the total pandemic mismanagement by the BJP-ruled state.) Any event, such as the proposed 3-day dharna of the BKU (Ekta Ugrahan) in Patiala, had the potential to negate the gains made by his government in tackling Covid in the state, he said.

Captain Amarinder urged the farmers’ group not to act irresponsibly and jeopardise the lives of their own people with such reckless behaviour amid the pandemic, especially when there is a complete ban in the state on all gatherings and any violation of the ban would be highly detrimental to the interests of Punjab and its people. Such a dharna would draw people mainly from the villages, which were in any case going through a crisis during the second wave of the pandemic, he pointed out.

The group’s action was also completely unwarranted considering the total support the state government had extended all these months to the agitating farmers on the issue of the Centre’s black Farm Laws, said Captain Amarinder. His government was the first to pass amendment laws in the state Assembly to contravene the Farm Laws, he pointed out. “It is time for the farmers now to reciprocate by supporting the state government in the fight against the pandemic,” he said, adding that just as the farmers’ interests were inexorably linked with that of Punjab, so was Punjab’s interest dependent on the farmers’ support to his government in the battle against Covid.

Pointing out that even during the peak of the second Covid surge in Punjab, things had not gone out of control here as they had in several other states, the Chief Minister said the state had been one of the best performing so far as the management of the pandemic was concerned. There were no widespread shortages of Oxygen in hospitals despite shortfall in supply, as the state government had ensured judicious management of the critical commodity, he noted, adding that even availability medications, beds etc had been continuously ramped up to keep pace with the spiralling cases. This, he pointed out, was in sharp contrast to states like Delhi, Maharashtra and UP, among others.

The only serious problem being faced by Punjab was the shortage of vaccines, which was not due to any mismanagement of the state government but that of the Centre, said Captain Amarinder, rejecting all charges of his government failing to tackle the pandemic effectively.

He pointed out that as a result of the concerted efforts of the government, the medical fraternity, the police, the civil administration and the village panchayats (who had been conducting Thikri Pehras), Punjab had successfully brought the number of cases to 5421, with 201 deaths, on May 22, from a high of nearly 10000 just about two weeks ago. But given the gravity of the situation, there was no scope for any laxity in Covid appropriate behaviour, and rallies or dharnas of any kind were totally unacceptable when the lives of the people were at stake, the Chief Minister asserted.