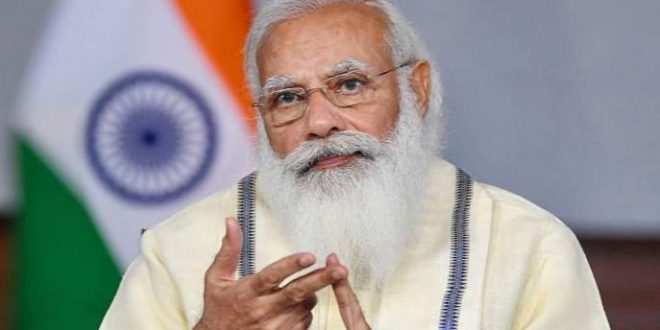 PM Modi gets emotional as he interacts with doctors, frontline health workers of Varanasi

(Raftaar News Bureau): Prime Minister Narendra Modi became emotional as he reviewed the Covid situation in his parliamentary seat Varanasi. He is currently interacting with doctors, paramedical staff and other frontline health workers of Varanasi via video conferencing. Modi won Lok Sabha elections from Varanasi in 2014 and 2019.

The Prime Minister also discussed the ongoing efforts for tackling the second wave of in Varanasi and preparations for the future with doctors. Earlier in April, PM Modi had chaired a similar meeting to review the Covid situation in Varanasi and stressed the need for vaccination of everyone. He asked the local administration to help people with full sensitivity and asserted that the cooperation of society as well as the government is necessary to curb the pandemic.

As the member of Parliament from Varanasi, PM Modi has been taking regular feedback from people. The administration has set up the Kashi COVID Response Centre and taken several measures including a control room for contact tracing, a command and control centre for home isolation and a dedicated phone line for ambulance service. Also, telemedicine is being made available through a control room to deal with the rising cases.