Punjab Chief Minister Captain Amarinder Singh on Sunday urged the Prime Minister to increase the total quota of Oxygen to 300 MT, and ensure urgent supplies of vaccine for the state, which was facing shortages on both counts.

The Chief Minister raised these issues when Prime Minister Narendra Modi called him up to discuss the state’s Covid situation and the measures being taken to tackle the crisis.

The Prime Minister assured of all possible help, the Chief Minister disclosed later, adding that he hoped the Centre would take immediate steps to supplement the Oxygen supplies in the state, and ensure that vaccine doses were sent to Punjab on priority to help the state government effective manage the situation triggered by the second deadlier wave of the pandemic.

On the vaccine front, Captain Amarinder told the Prime Minister that the state had so far been unable to initiate the Phase III vaccination process for 18-45 age group, which will now start in government hospitals on Monday following the delivery of 1 lakh doses. For the 45+ age group, too, the vaccine doses were in short supply, and while 1.63 lakh doses were expected to come today, these were not enough to meet the state’s requirement, he added.

The Chief Minister informed Modi that the state urgently required 300 MT of Oxygen in view of the growing caseload of critically ill Covid patients, many of whom were coming from other states, including Delhi-NCR. The state has a high mortality count, and hospitalisation in Level 2 & 3 facilities (both government and private) has seen a sharp surge over the past three weeks, pushing up the Oxygen demand.

From 197 MT on April 22, the demand had risen to 295.5 MT on May 8, he pointed out, adding that the shortage of tankers had made the situation worse and the Centre’s support was needed to enhance the LMO quota and also supply more tankers to Punjab to enable it to cope with the crisis.

An official spokesperson later revealed that State Health Secretary Hussan Lal, in a letter to Additional Secretary in the Union Ministry of Health & Family Welfare, had noted that while the state has taken several steps to ensure judicious use of oxygen by hospitals, in line with the advisory of Government of India, the growing demand for Oxygen necessitated an increase in allocation to 300 MT.

Further, only 4 oxygen tankers have been allocated to Punjab, of which 2 tankers are yet to be made functional. Since 40% of the allocation (227 MT) is out of Bokaro (in Jharkhand) from where transport of oxygen takes between 3 to 5 days, the Health Secretary has requested allocation of at least 8 more tankers on urgent basis, against the total demand for 20 tankers raised by the state government. 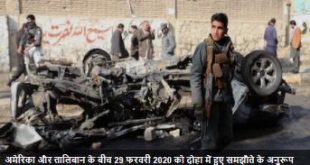