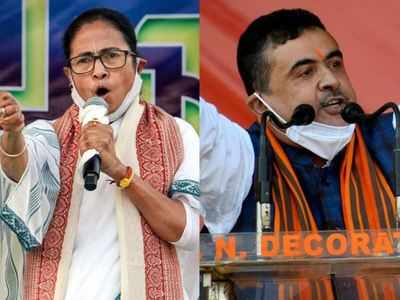 Kolkata (Raftaar News Bureau) : Mamata Banerjee who was contesting against her former aide and BJP’s Suvendu Adhikari in Nandigram, conceded defeat and said “I accept the verdict of the people”.
“Do not worry about Nandigram, I struggled for Nandigram because I fought a movement. It is ok. Let the Nandigram people give whatever verdict they want, I accept that. I do not mind. We won more than 221 seats and BJP has lost the election,” Mamata said.
“But I will move the court because I have information that after the declaration of results there were some manipulations done and I will reveal those. BJP has lost the elections. They played dirty politics. We faced the horror of the Election Commission,” she added.
BJP leader Suvendu Adhikari said he is grateful to the people of Nandigram for choosing him as their representative and the MLA from the constituency.
The Trinamool Congress on Sunday wrote to the Chief Electoral Officer, West Bengal, for immediately recounting the votes in Nandigram, including the postal ballots after Mamata Banerjee lost the crucial constituency to Suvendu Adhikari. Though the Trinamool is on its way to form the government third time straight, Nandigram remains the bone of contention.
After trailing behind BJP’s Suvendu Adhikari in the initial rounds of counting, Trinamool Supremo Mamata Banerjee reportedly narrowed the distance and news agency ANI reported Banerjee won by 1,200 votes.

Countering the claim, BJP leader Amit Malviya tweeted that Mamata was not the winner and Adhikari won by a margin of around 1,600 votes. From its official Twitter handle, the Trinamool Congress clarified that the counting was still going on. As Adhikari shared a photo of the document signed by the returning officers, several BJP leaders congratulated him on social media.

“My sincere thanks to the great People of Nandigram for their love, trust, blessings, and support, and for choosing me as their representative and the MLA from #Nandigram. It is my never-ending commitment to be of service to them and working for their welfare. I am truly grateful!,” Suvendu tweeted.