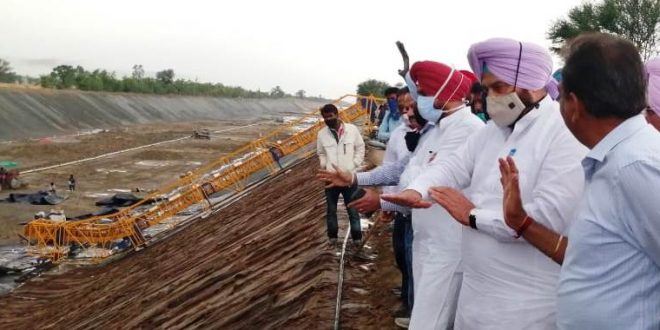 Water Resources Minister Sukhbinder Singh Sarkaria inspected the ongoing relining of Rajasthan Feeder project works at Sri Muktsar Sahib District and said that there would be “Zero” tolerance towards any sub-standard work done by any Contractor/Agency. He also appreciated the pace at which works were being executed by local Contractors/Agencies but at the same time also warned the Big Construction Companies which has slow progress and said that if the allotted works are not completed within the closure period, then the respective Contractors/Agencies shall be proceeded against as per conditions envisaged in the contract agreement.

Chief Engineer/Canals-1  Er. Sanjiv Gupta assured the Minsiter that the all works pertaining to Relining of Rajasthan Feeder project shall be completed well within the closure period and there shall be no compromise with the quality of work.