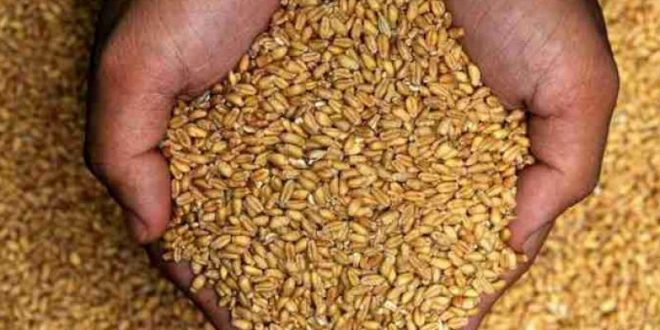 To ensure smooth wheat procurement operations in State Mandis, Secretary Punjab Mandi Board and Director Food and Civil Supplies Ravi Bhagat today visited mandis in Mohali and Rupnagar districts and interacted with farmers and other stakeholders to enquire about their problems related to purchase, if any.

After inspecting procurement arrangements in Kharar, Kurali, Rupnagar and Sri Chamkaur Sahib Mandis, Mr. Bhagat said that in wake of COVID pandemic, it was a challenging task to gear up for procurement of wheat but by taking proper precautions like setting up hand wash station, earmarking of space to avoid chaos, proper sanitization of mandis, we had succeeded to start uninterrupted and safe operations of procurement at more than 4000 locations in Punjab.

He said that the targeted procurement of Wheat in the state is 130 LMT during ongoing Rabi Marketing Season. He further said that the pass system was also introduced last year for bringing the produce to mandis in a staggered manner which is proving successful and so far 5.74 lakh passed to farmers through Arthiyas in this season.

Mr. Bhagat also appealed the Arthiyas to refrain from hoarding of gunny bags, which is creating false perception in the minds of farmers.

Reiterating commitment of Punjab Chief Minister Captain Singh of procuring every single grain of wheat, he said that procurement operations would continue till May 30 so as to enable farmers to bring their produce in Mandis in time.

Mr. Bhagat also pointed out that if any of the stakeholders was facing any hardship related to procurement operations, they could contact their respective market committees and State Control Room setup at Mandi Board Headquarters, Mohali to get their issues and complaints addressed promptly.

He also reviewed the ongoing procurement with Officers of Mohali and Ropar besides District Mandi Officers.