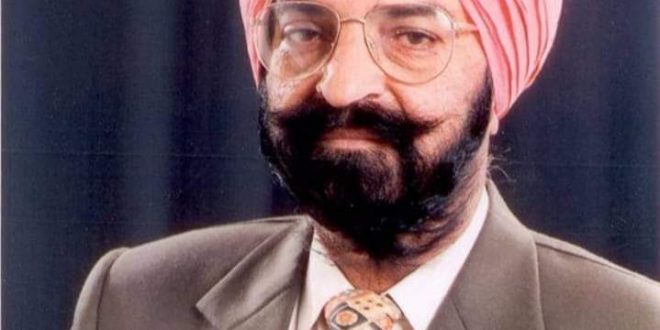 Punjab Chief Minister Captain Amarinder Singh on Tuesday expressed profound grief over the sad demise of veteran Congress leader and former Irrigation and Revenue Minister Gurnam Singh Abul Khurana (90), who breathed his last here at Chandigarh after a brief illness this morning. He is survived by three sons.

In a condolence message, the Chief Minister described Abul Khurana as a gentleman politician and leader of masses with the qualities of head and heart, who worked tirelessly for the welfare of downtrodden and overall development of Malwa region. Captain Amarinder Singh further said that Abul Khurana would be ever remembered by one and all in the Malwa belt for his strong connect with the local residents at the grassroots level. In his death a void has been created in the political circles, which is difficult to be filled, he added.

Sharing his heartfelt sympathies with the bereaved family, relatives and friends, the Chief Minister prayed to the Almighty to give courage to them to bear this irreparable loss and peace to the departed soul.

Meanwhile, the Punjab Government has declared a holiday in its Offices, Boards, Corporations and Educational Institutions for the remaining part of the day as a mark of respect to the departed leader.

According to family sources the cremation will take place at his native village Abul Khurana in Sri Muktsar Sahib district on March 24, 2021 (Wednesday) at 11.30 am.