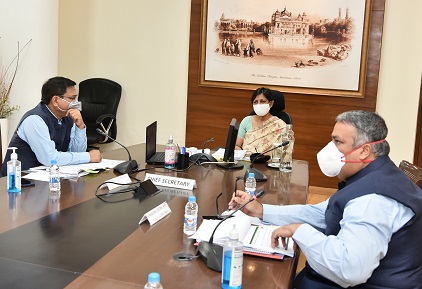 To further strengthen the roads and bridges in rural areas of the state, the Punjab Government on Monday gave nod to upgrade 116 roads and construct 22 bridges.

This major project will further enhance connectivity of the villages with hospitals, schools and agricultural markets (mandis) across the state.

With this, Punjab has become one of top 13 states in the country covered for the implementation of PMGSY-III project.

A decision to this effect was taken at a meeting of the State Level Standing Committee (SLSC) for PMGSY-III, chaired by the Chief Secretary, Ms Vini Mahajan, here on Monday.

The committee has cleared the upgradation of 116 roads, measuring 1,121-km and construction of 22 bridges.

Highlighting the importance of roads in the all-round development and empowerment of the villages, Ms. Mahajan directed the concerned departments to ensure effective implementation of the project.