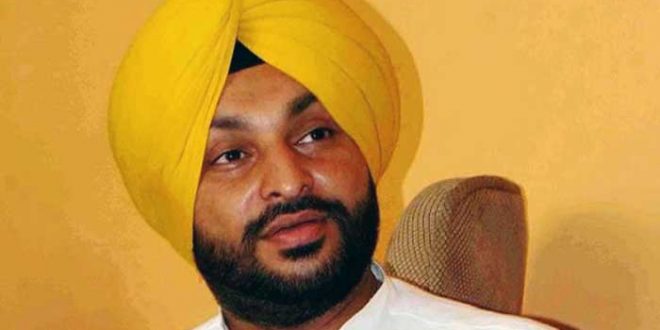 Chandigarh/New Delhi, (Raftaar News Bureau) – Member Parliament Mr. Ravneet Singh Bittu demanded for extension of Minority Community Act in Jammu and Kashmir so as to ensure all the benefit to Sikh community living in the state during ongoing budget session of Parliament here today.

Member Parliament from Ludhiana Mr. Bittu asserted that the central government should take steps to socially strengthen the Sikhs, who belong to minority community in JK, and definitely they can play a pivotal role in restoring peace in Jammu and Kashmir just as they contributed for development and maintaining peace in Punjab. Mr. Bittu also raised demand for implementation of Punjabi language in Schools and colleges in the J&K.

Terming the `The Government of National Capital Territory of Delhi (Amendment) Bill, 2021, introduced by the central government, against the federal structure of the country, Mr. Bittu said that the central government should not make efforts to decrease the status of Delhi that of an Municipal Corporation. He said that the central government should keep in mind the people of Delhi rather than Delhi CM Arvind Kejriwal. “If the Delhi CM was not doing well then what was the fault of people living in the national capital. CMs like Kejriwal would come and go but the centre should not decrease the status of CM of National Capital. The centre Government`s step will tarnish the image of country in the world“ added Bittu.