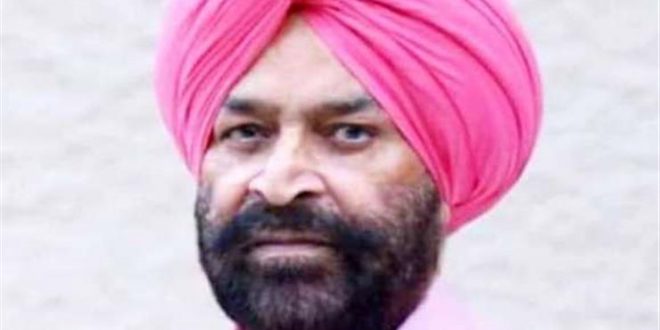 Punjab Chief Minister Captain Amarinder Singh on Saturday condoled the sad demise of Senior Staff Reporter of Daily Ajit Major Singh, who passed away at Jalandhar in a private hospital after a brief illness this morning. Major Singh (68) is survived by his wife, three sons and a daughter.

In a condolence message, the Chief Minister described Major Singh as an eminent journalist and a fine human being with the qualities of head and heart. He further said that Major Singh was well versed with Punjabi culture besides socio-economic and political scenario of the state, who always championed the cause of freedom of press and made enormous contribution for the promotion and development of journalism. A void has been created with the passing away of Major Singh in Media fraternity, which is difficult to be filled, Captain Amarinder added.

Sharing his heartfelt sympathies with the bereaved family, the Chief Minister also prayed to the Almighty to give courage to them to bear this irreparable loss in this hour of grief and grant eternal peace to the departed soul.

Meanwhile, CM’s Media Advisor Raveen Thukral also mourned the pasing away of Major Singh, who would be ever remembered by readers for his prolific and fearless writings.