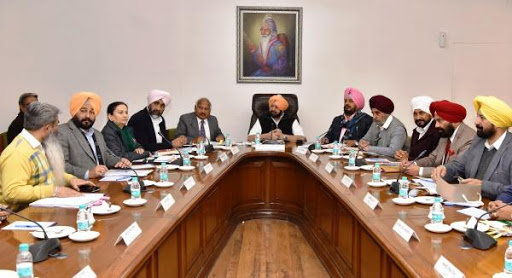 Notably, these Acts were enacted to make provision for better planning and regulating the development and use of land, to regulate colonies, and property transactions and to provide for registration of promoters, and estate agents and enforcement of obligations on promoters and estate agents and to provide for the ownership of an individual apartment in a building together with and undivided interest in the common areas respectively.

According to a spokesperson of Chief Minister’s Office, there were certain provisions in the above Acts, which are not in consonance to one another. Enumerating the salient features of these amendments, the spokesperson said that the promoter shall be able to give advertisement only after registration under RERA, 2016 and shall be liable to disclose exact area under common area, and shall not take more than 10% of the sale price as advance money, which was earlier 25% and shall maintain a separate account for 75% amount taken from the buyers and withdrawal from the account shall be in the proportion to the percentage of completion of colony.

Apart from these, the promoter shall not transfer or assign his majority rights and liabilities of his colony to third party without obtaining prior written consent of two-third allotees and shall be liable to refund the amount with interest and compensation in case of failure to give possession in accordance with agreement, as per the provisions of RERA, 2016.

Besides mandatory provision for Formation of Association, Clear defining of Liabilities of promoter and Rights & Duties of allotees are other significant amendments to harmonize with the provisions of RERA-2016. In case of breach by the promoter, penalty may extend up to five per cent of the estimated cost of the project, which was earlier maximum five lakhs rupees, the spokesperson added.

It may be recalled that Indian Parliament has enacted Real Estate (Regulation and Development) Act, 2016 for regulation and promotion of the real estate sector and to ensure sale of plot, apartment or building, as the case may be, or sale of real estate project, in an efficient and transparent manner and to protect the interest of consumers