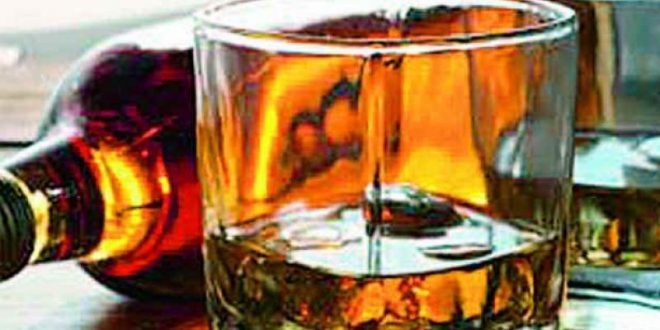 Chandigarh (Raftaar News Bureau) : The efforts of the Excise Department to crackdown on illicit liquor smuggling under ‘Operation Red Rose’ got a major success on Thursday with the busting of an organized module from the neighbouring States.

Disclosing this, a spokesperson of the Department said that under the guidance of Excise Commissioner Rajat Agarwal, I.G.P. Excise and Taxation Mohinish Chawla and Joint Commissioner (Excise) Naresh Dubey, a major operation was conducted under the supervision of A.I.G. (E&T) A.P.S. Ghuman, Deputy Commissioner (Excise) Rajpal S. Khaira and A.C. (X) Vinod Pahuja, by the department.

Pointing out further, the spokesperson said that on tip off, the operational teams were deputed for the reccee and locating the suspected vehicle used by the smugglers. After the confirmation that the vehicle has been loaded and sent to State of Punjab, a special nakabandi was done at T-Point G.T. Road, Village Mehmudpur Jattan, Shambhu. The team successfully apprehended the vehicle no. PB10BK6683 and a pilot vehicle white Bolero HR20AJ2324. On the first look the vehicle used for smuggling seemed empty but on close inspection of the vehicle it was found that a special cabin has been fabricated in it to conceal the liquor and hoodwink the authorities, revealed the spokesperson.

The spokesperson also said that on checking the cabin, 310 cases (3720 bottles) liquor brand First Choice (For Sale in Haryana Only) were found which was meant to be supplied to Pappu Alias Pappa of village Mohie, Ludhiana. The liquor was being smuggled by Dheeraj Kumar of Hiana Kalan, Nabha who is a known notorious smuggler and already accused in FIR No. 8/21 U/s 61-1-14 of Punjab Excise Act and 465,467, 468, 471, 473,120b of IPC PS Sadar Kurali for smuggling of liquor from Haryana, said the spokesperson adding that an FIR no. 28 dated 17.02.21 U/s 61-1-14, 78 (2) Punjab Excise Act PS Shambhu has been registered in this regard against the accused and two were arrested from the spot.

Notably, the entire chain of forward and backward linkages leading to disclosure of the main suppliers and recipient of smuggled liquor from Haryana and Punjab is being pursued expeditiously during the investigation. The Excise Department and Excise Police Department have formed a Joint front in fight against illegal smuggled liquor under Operation Red Rose and stringent legal action will be initiated against anyone involved in smuggling of illegal liquor.