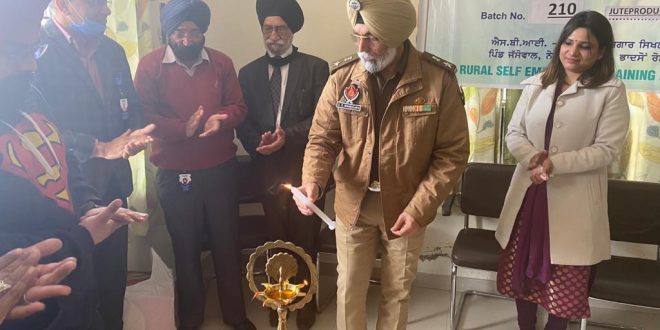 Patiala (Raftaar News Bureau) As part of the efforts being made by the Central Jail, Patiala for the rehabilitation of the inmates, a program was launched today in collaboration with the State Bank of India’s Rural Self-Employment Training Institute (RSETI) to impart special skills and skills to the inmates. Under this training has been started for the captive women to make various items from jute including jute files, bags, handbags and jute ornaments.
Jail Minister Certificates would be given to the women who completed the 13 days training course initiated through the efforts of Sukhjinder Singh Randhawa and loans would also be provided by the State Bank of India to these inmates on commencement of their work after their release from jail. This will include special discounts offered by the government.
Arriving at the inauguration of this training camp at Central Jail Patiala today, Jail Superintendent S. Shivraj Singh Nandgarh said that such training courses would help in the rehabilitation of the inmates and the inmates would be able to start their work after their release from jail. He said that further steps would be taken for the rehabilitation of prisoners in the Central Jail in the near future.
Prominent amongst others who were present on the occasion included Deputy Superintendent Mr. Inderjit Singh Kahlon, Deputy Superintendent Mr. Vijay Kumar, Deputy Superintendent Under Training Mr. Harjot Singh Clare, Assistant Superintendent Mr. Jagjit Singh, Mr. Harshbir Singh, State Director Punjab (RCT), Mr. PS Anand, Lead District Manager. Mr. Rajiv Sirhindi, Mrs. Simpi Singla, Mrs. Sukhwinder Kaur and Mr. Chandan Puneet Singh was also present on the occasion

Previous The NRI community made the name of the country, especially Punjab, famous all over the world
Next SECOND DOSE OF CORONA VACCINATION STARTS IN ALL GOVT HOSPITALS 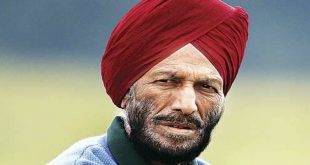