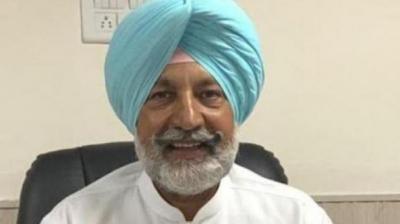 Chandigarh (Raftaar News Bureau) In view of extending the medical benefits to high-risk groups, the Punjab Government established the 59 Hepatitis treatment centres from 2017 to 2020 in State and it is matter of pride, on Punjab model GoI has developed National Viral Hepatitis Control Programme (NVHCP) to treat such patients across the country.

He said that 3 designated Model Treatment Centres (MTCs) namely Department of Hepatology, PGIMER, Chandigarh, Govt. Medical College Patiala and Faridkot have been doing capacity building of the Medical Specialists and doctors of the State in management of Hepatitis C. Treatment services are also being provided to the referred patients at these MTCs.

Appx 74,000 patients have completed the treatment with the cure rate of 93% in Punjab and all the baseline tests, viral load test and treatment is being provided free of cost to all patients without any disparity, he added.

Underlining the initiative taken by Captain led Punjab Government, Mr. Sidhu said that Punjab became the first State in 2017 when screening and management of Hepatitis C was initiated among all HIV + patients at 13 ART centres and IVDUs (Intravenous Drug Users at OST centres under PSACS. He said that about 28000 HIV+ persons have been screened for Hepatitis C and more than 2600 have been put on free treatment.

This free of cost tretament services had provided much relief to all patients as treatment and medicines of Hepatitis is expensive and difficult to bear its expenses, Mr. Sidhu said.

Highlighting the action taken to secure the high-risk groups in Prisons, the Health Minister stated that Govt. of Punjab also became the first State to start screening of Prison inmates for Hepatitis C in collaboration with FIND (Foundation of Innovative New Diagnostics) and CHAI (Clinton Health Access Initiative) under which 15,000 inmates of 9 central Prisons have been screened and appx 1300 inmates have been provided free treatment of Hepatitis C till date.

Govt. of Punjab has further initiated the screening of other high risk groups as decentralized model which includes pregnant females.