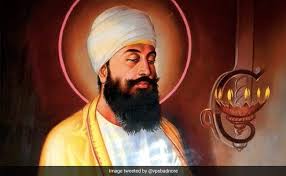 Speaking on the occasion Dr. Patar said that the significance of teachings, sacrifice and incomparable martyrdom of Sri Guru Tegh Bahadur ji has increased even more in the present era when the existence of many religions is threatened by divisions in the name of religion. He said that some politicians were spreading hatred in the name of religion for their petty political interests.

Dr. Patar said that Guru Tegh Bahadur Ji  known as ‘Hind Di Chadar’ sacrificed his life to save all religions and downtrodden people. He called upon poets and scholars to raise their voices against hatred which is being spread in the name of religion to divide people and spread the message of Sri Guru Tegh Bahadur ji to respect all religions. He also recited his poem ‘Jiss tegh de ghat guru utre, uss ton khoon nahi sukda’ on the occasion.