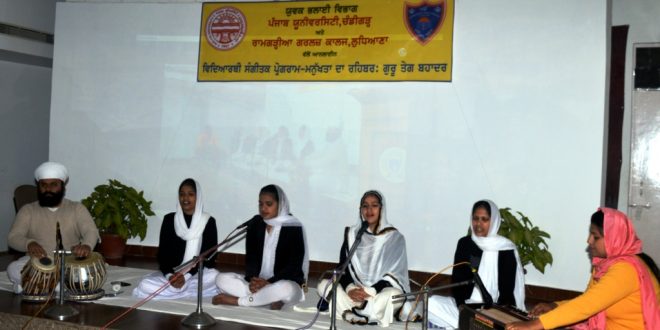 The Punjab Tourism and Cultural Affairs Minister Mr. Charanjit Singh Channi briefing about the events said that the Punjab Government in the leadership of Chief Minister Captain Amarinder Singh is organising a series of programmes on the 400th Parkash Purb of Sri Guru Teg Bahadur Ji on the theme of ‘Hind Di Chadar’. He said that these programmes are being held to disseminate the eternal teachings of love, compassion, religious tolerance and selfless sacrifice which have been assigned to various departments, Universities, Punjab Arts Council, Sangeet Natak Academy and North Zone Cultural Centre. He further said that these programmes were started from February 1 and will continue till February 26. As per the schedule, two webinars have already been organised by the Punjabi University, Patiala on February 1 and February 2 and speech competition was conducted by Punjab School Education Department from February 1 to February 9.