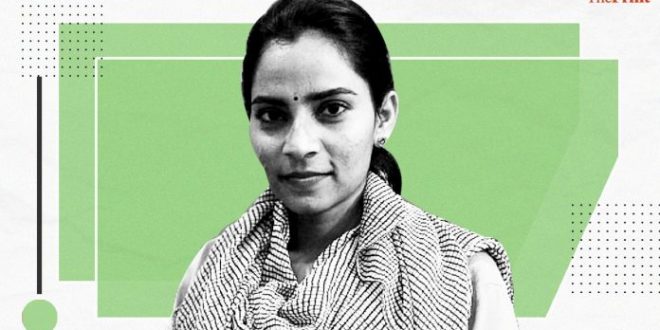 Chandigarh (Raftaar News Bureau):Following the appeal of Social Security, Women and Child Development Minister Mrs. Aruna Chaudhary to the National Commission for Women for the release of labour rights activist Nodeep Kaur, the Punjab State Women Commission, on Thursday, took up the case of Nodeep Kaur. Taking stern notice of the case, the Punjab Women Commission has sought status report from the Senior Police Superintendent, Sonipat by February 15, 2021.

Disclosing this here today, the Chairperson of Punjab State Women Commission Mrs. Manisha Gulati said that Nodeep Kaur of village Giadarh of district Sri Muktsar Sahib was arrested from Kundli Border. She said that through a written communiqué, the SSP Sonipat has been directed to get the case of Nodeep Kaur investigated by a senior officer. “The SSP has been asked to submit a detailed investigation report within five days i.e. by February 15, 2021”, she added.

Mrs. Gulati said that after receiving the police report, the Commission would immediately take further action in the matter.