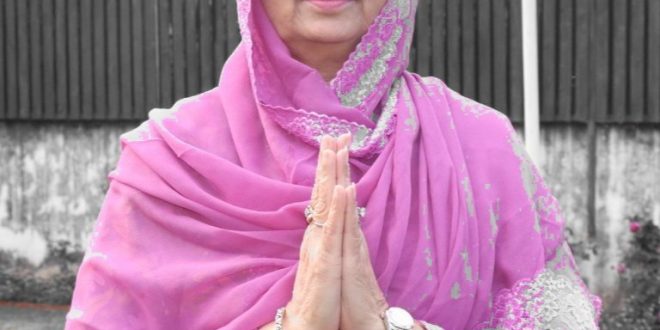 Chandigarh (Raftaar News Bureau) Punjab Social Security and Women & Child Development Minister Mrs. Aruna Chaudhary, on Wednesday, informed that the state government has notified the process to link Aadhaar number of beneficiaries of the Dependent Children Scheme getting financial assistance with their bank accounts to bring more transparency and efficiency in the public delivery system.

Mrs. Chaudhary said that the use of Aadhaar as an identity document for delivery of services will avoid multiple documents for identification and simplify the government delivery processes on the one side and it will enable beneficiaries to get their entitlements directly in a convenient and seamless manner.

The Cabinet Minister categorically affirmed that the Social Security and Women & Child Development department would offer Aadhaar enrolment facilities for the beneficiaries, who are not yet enrolled for Aadhaar and in case there is no Aadhaar enrolment centre located in the respective Block or Tehsil.

“Under the Dependent Children Scheme, the child below the age of 21 years, whose mother/father or both have passed away or parents regularly absent from home or physically/mentally incapacitated to look after the family, is getting Rs.750 per month. The state government has been providing financial assistance to the tune of 104.12 crore to 1,56,169 dependent children up till November 2020 under the scheme”, she mentioned, adding that the child desirous of availing the benefit shall be required to furnish Aadhaar number for authentication. And, who does not possess Aadhaar number or has not yet enrolled for Aadhaar, shall be required to make an application for Aadhaar enrolment before registering for the Scheme provided that he/she is entitled to obtain Aadhaar as per the section 3 of the Aadhaar (Targeted Delivery of Financial and other Subsidies, Benefits and Services) Act, 2016 (18 of 2016).

She further enlightened that if the child has been enrolled after attaining the age of five years (with biometrics collection), his Aadhaar Enrolment Identification slip, or biometric update identification slip and voter identity card, voter list, birth certificate or record of birth issued by the appropriate authority or matriculation certificate, duly checked by an officer specially designated by the department, should have to be produced.

Mrs. Chaudhary specifically instructed, “No child shall be denied benefit under the scheme in case of failure to establish his identity by undergoing authentication, or furnishing proof of possession of Aadhaar number, or in the case of a child to whom no Aadhaar number has been assigned, producing an application for enrollment. The benefit shall be given to him by verifying his identity on the basis of other documents and where benefit is given on the basis of other documents, a separate register shall be maintained to record the same, which shall be reviewed and audited periodically.