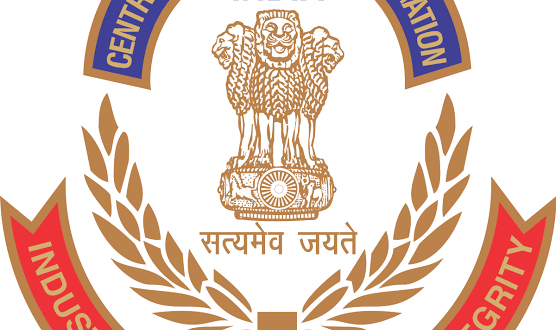 Chandigarh (Raftaar News Bureau) Within months of the Akalis walking out of the Union Government, the Central Bureau of Investigation (CBI) on Wednesday finally handed to the state police papers relating to the sacrilege cases, which Punjab Chief Minister Captain Amarinder Singh said clearly exposed that the Shiromani Akali Dal (SAD) had been scuttling the process to prevent their complicity in the cases from being exposed.

The documents and files relating to the cases were handed over to the Punjab Police hours before the deadline set by Punjab and Haryana High Court for the CBI to do so was to expire. Notably, the Director Bureau of Investigation had written to Director CBI on January 18, 2021 to return the entire record to the State police without any further delay after withdrawal of investigation of sacrilege cases from CBI and consequent return of the entire record including evidence gathered in cases transferred to CBI on November 2, 2015 vide notification no.7/52113-2H4/619055/1.

The Chief Minister termed it a victory for the state government and an endorsement of its stand that the CBI had, all these months, been trying to scuttle the investigation by the Special Investigative Team (SIT) of Punjab Police at behest of SAD, which was part of the ruling NDA at the Centre till September 2020.

“It is clear now that Harsimrat Badal, as union minister, had been pressurising the central agency to obstruct the SIT probe by refusing to hand over the case files as she knew that her party’s role in the entire affair would be exposed once the police take the investigation to its logical conclusion,” said Captain Amarinder.

SAD’s complicity in the 2015 cases and their subsequent efforts to scuttle a fair and free probe would now be exposed with the completion of the SIT probe, he said, asserting that all those found guilty would be identified and punished under the law. Nobody will be spared, irrespective of their political affiliation or position, he declared.

Pointing out that his government had withdrawn consent to CBI to probe the cases as far back as in 2018, after the Vidhan Sabha unanimously resolved to do so, the Chief Minister said the SIT was also constituted then to take over the investigation. The central agency had, for more than two years, been persistently refusing to hand the case files back to state, he said, adding that the agency, which had earlier filed a closure report in the matter, went on to constitute a new investigative team in September 2019 with the clear and obvious aim of preventing the state government from conducting its own impartial, fair and speedy probe, he added.

The shocking part, according to the Chief Minister, was that the CBI adamantly refused to hand over the case diaries even after the High Court, in January 2019, upheld the state government’s decision, and again, in February 2020, the Supreme Court dismissed CBI’s appeal challenging the HC judgement. “Why else would CBI have behaved in this manner had it not been under political pressure from the Akalis, who clearly did not want the probe to be completed,” he asked, adding that SAD’s acts of omission and commission would now be exposed with the SIT no longer obstructed due to the absence of the case files.

The incidents of sacrilege occurred between June to October 2015 following theft of the sacred Guru Granth Sahib from a Gurudwara in Burj Jawaharsinghwala, Faridkot and discovery of torn pages from the Holy Book in Bargari, Faridkot. They caused widespread discontent and outrage amongst members of the Sikh community.

These incidents led to large-scale protests and agitations in October 2015. The retaliatory action taken by the police led to injuries and death of two persons. In 2015, the Akali Dal Government had transferred investigation of the sacrilege incident to the CBI. Retd. Justice Zora Singh Commission was appointed to inquire into the incidents of sacrilege and police action in the protests, and a report was submitted to the Government in 2016.