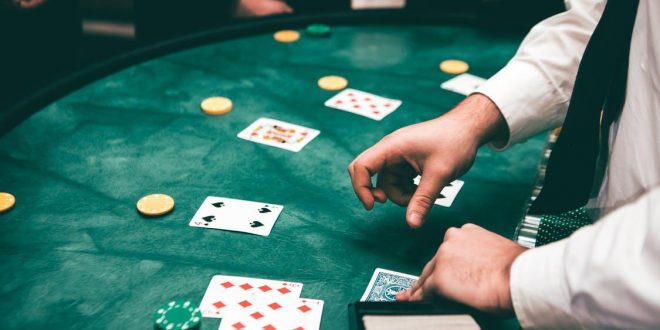 CHANDIGAR (Raftaar News Bureau) : In an early morning operation, the Organised Crime Control Unit of Punjab Police busted a gambling racket active in Mohali district with arrest of 70 persons including 10 women from a city marriage palace on outskirts of Banur besides seizing Rs 8.42 Lakh in cash, 47 vehicles, 40 liquor bottles, playing cards and laptops from the spot.

Backgrounds of all the persons involved in the gambling and immoral trafficking is being investigated, said the DGP Dinkar Gupta. Forensic examination of the seized laptops and mobile phones is also being conducted to reveal further details, he added.

Acting on a secret information, the raids were conducted on the directions of Organised Crime Control Unit chief, Kunwar Vijay Pratap Singh, on the intervening night of January 30 and January 31, at around 1 AM, at New Life marriage palace located at the outskirts of Banur, towards Zirakpur.

The arrested women were being used as bartenders and dancers. An FIR has been registered in the case u/s 61/1/14 Excise Act, 13/3/67 Gambling Act, 3/4/5 Immoral Trafficking Act and 420, 120b IPC, spokesperson of the Police Department said.