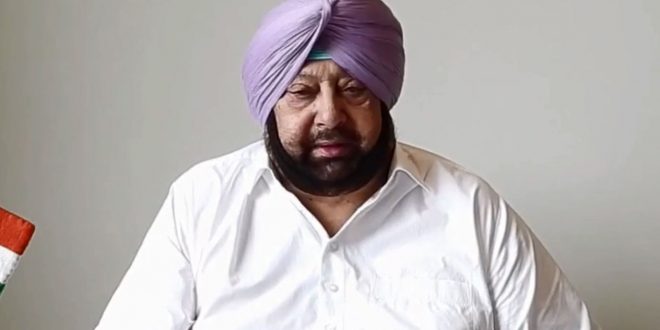 CHANDIGARH, JANUARY 31 (Raftaar News Bureau) : Punjab Chief Minister Captain Amarinder Singh has called an all-party meeting on Tuesday, 2nd February, to evolve a consensus on the way forward on the issue of the Farm Laws and the farmers’ agitation in the light of the recent developments in Delhi.

The meeting will be held at 11 a.m. in Punjab Bhawan, an official spokesperson announced. The meeting will discuss the situation arising out of the recent developments in the ongoing farmers’ agitation in Delhi, especially in view of the R-day violence, the Singhu border attack on farmers, and the massive vilification campaign against them.

Urging all parties to join the meeting in a spirit of unity, in support of the farmers and in the interest of Punjab, the Chief Minister said the crisis triggered by the Farm Laws was a matter of concern for the entire state and its people. Only through collective efforts of all Punjabis, and all the political parties of the state, can the crisis be tackled effectively and the farmers’ interests be protected, he added.

“Our farmers are dying out there at the Delhi borders for more than 2 months now. They are being beaten by the police and assaulted by goons. They are being harassed by being deprived of basic amenities,” the Chief Minister pointed out, adding that with a large number of farmers from Punjab at the receiving end of this battering, it was imperative for all parties to come together to evolve a cohesive strategy on the issue.

The Chief Minister hoped that all political parties in Punjab, which is the worst affected by the prevailing crisis, will put aside their differences to find a solution to the problem, which touches every Punjabi. “This is not the time to stand on ego but to come together to save our state and our people,” he stressed. 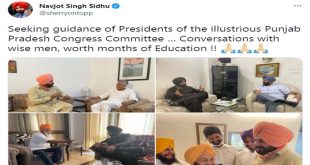