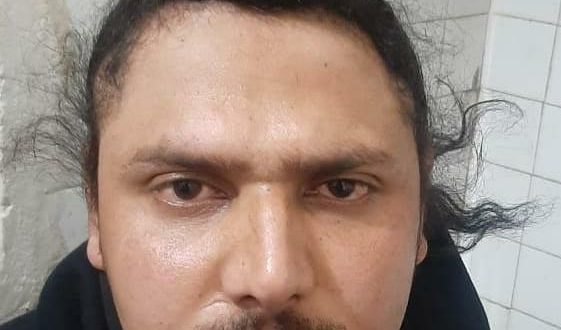 Chandigarh(Raftaar News Bureau) :In a major breakthrough, the Punjab Police on Tuesday arrested the second shooter, Inderjeet Singh, involved in the sensational killing of Comrade Balwinder Singh on Oct 16 last year. The suspect was nabbed from Mumbai’s Chhatrapati Shivaji International Airport, hours before he was scheduled to board a flight to Dubai. Inderjeet, along with Gurjit Singh alias Bhaa, had shot dead Comrade Balwinder Singh at his residence-cum-school in Bhikhiwind, Tarn Taran.According to DGP Punjab Dinkar Gupta, Gurjit Singh had been arrested by the Delhi police on Dec 7 last, along with his associate, Sukhjeet Singh alias Bura. Gupta said that while Gurjit and Inderjeet Singh had carried out the shooting, Sukhjeet had stationed himself a little away from the spot.Gupta said during preliminary interrogation, Inderjeet has revealed that two foreign based Khalistani activists had contacted him in March 2020 on his Facebook due to his radical posts. He confessed that he was further motivated by them to carry out Comrade Balwinder Singh’s killing.The suspect also revealed that one of his two foreign handlers, who identified himself as Sunny r/o Canada, had initially tasked him to recce Comrade Balwinder Singh’s residence and later helped him get in touch with Sukh Bhikhariwal, a notorious absconding gangster, for the execution of their plan.Gupta said investigation has also revealed that Sunny had provided financial and logistical support to Inderjeet and his associates, before and after the killing. The DGP said that after killing Comrade Balwinder Singh, the trio fled from Punjab and stayed at different locations.While Gurjit and Sukhjeet were nabbed by the Delhi police in Dec, Inderjeet remained on the run and took refuge at different locations in Bihar, Madhya Pradesh and Maharashtra. Gupta said that the investigating team of the Tarn Taran police, which was hot on his trail, received information that Inderjeet was going to Mumbai to board an international flight.Inderjeet also confessed that he was called to Mumbai on Jan 25 by Sunny, who had arranged his e-VISA and a flight ticket to Dubai.Gupta said the involvement of Gurjit and Sukhjeet in the shootout had been revealed after the arrest of Sukhraj Singh alias Sukha and Ravinder Singh alias Gyaan, both residents of Gurdaspur, and Akashdeep Arora of Ludhiana on Oct 31 and Nov 1, last year. The duo had also disclosed the name of  Sukhmeet Pal Singh alias Sukh, who had helped them in the planning and execution of the killing.Gupta said disclosures by the arrested suspects have clearly revealed that the entire conspiracy to kill Comrade Balwinder Singh was hatched by Pakistan based self-proclaimed chief of the banned terrorist outfit, ISYF, Lakhvir Singh Rode, and his Pak ISI handlers. He said Rhode had further tasked Sukh Sukhmeet Pal and Sunny to carry out the killing.Incidentally, Sukhmeet, who was living in Dubai on a fake passport, was detained by the Dubai Police and later deported to India and was arrested on his arrival by the Delhi Police.Gupta said since the investigations of the case are being taken over by the NIA, Inderjeet would be handed over to them once the formalities of the transfer of the case are completed.