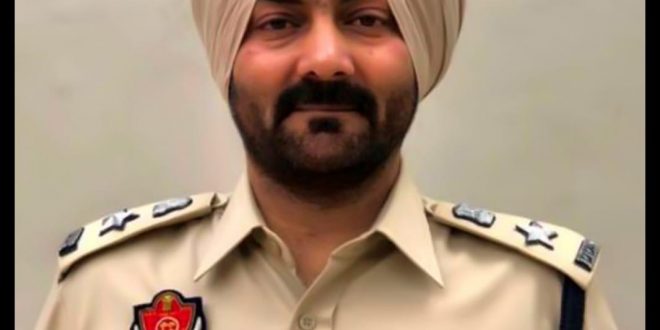 These officers would be conferred the medal by Chief Minister Captain Amarinder Singh during the Republic Day function in Patiala. All the eight police officers have been selected for the award for displaying consistently excellent level of performance in their duties. Other officers who would be bestowed with the award includes DSP city Bathinda Gurjit Singh , DSP Harwinderpal Singh and Gurcharan Singh SSOC Amritsar and Mohali respectively, DSP Arun Sharma and ASI (LR) Kashmir Singh from STF, Inspector Binderjit Singh and ASI Pawan kumar from Jehan Khalan.

A decorated Police officer Mr Khakh has been selected for the medal for his outstanding performance as AIG CI Jalandhar. He has been instrumental in busting various terror modules in the past few years and wiping out gangster culture from the state . Mr Khakh has also played a very vital role in the campaign against drugs initiated by the Punjab Government. A big haul of 50 Kg heroin was seized by the Police team led by Khakh at one go in Phagwara during the year 2009, which till date remains one of biggest recovery ever by Punjab police.

Mr Khakh had joined the Punjab Police as an inspector in 1994 and was posted in various districts across the state as Inspector, DSP and SP before being promoted as SSP in 2016.

He has got DGP’s commendation disc by then DGP Punjab Suresh Arora for his outstanding performance as SSP Amritsar Rural. Since 2017, Khakh has been handling dual charge of commandant 7th battalion of PAP and AIG CI jalandhar zone.