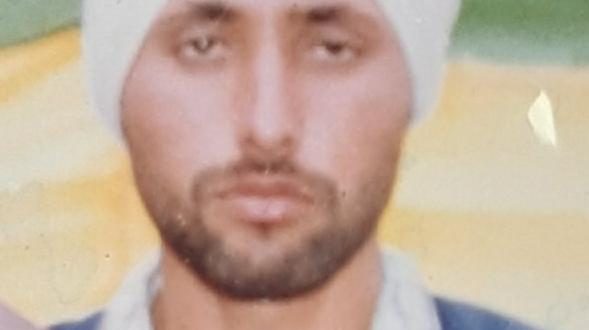 Patiala Police Attaches Property Worth Rs. 25 Lakh Of A Fugitives

Patiala (Raftaar News Bureau) Vikram Jeet Duggal IPS, SSP Patiala said that a special drive has been launched by the Patiala Police to contact the immovable property of the fugitive criminals in various cases by contacting the Revenue Department. During the campaign in Sh. Palwinder Singh Cheema PPS, SP/Traffic & S. Jaswant Singh Mangat PPS, DSP/Samana, SHO Sadar Samana & Incharge PP Mavi Kala investigated that Bhupinder Singh S/o Satnam Singh, R/o village Ratanheri, Ps Sadar Samana was convicted in FIR No. 22 dated 25-12-1997 under Section 15,61 / 85 NDPS Act in Ps Patran and did not return within the period after coming out of jail on parole. Due to which FIR No. 293 dated 25-11-2014 U/S 8 Punjab Good Conduct Temporary Release Act 1962 was registered against him by the Jail Administration at Sadar Samana Police Station. He had sold his land and property in Ratanheri village with the help of his family. Bhupinder Singh changed his name to Gurdial Singh S/o Satnam Singh and was living in village Mataula, Ps Mataula, District Panipat (Haryana) by preparing fake proof. At the same address his brother in law Sukhdev Singh S/o Suba Singh, R/o village Gulahar, Ps Patran, were also staying with him along with other family members, Sukhdev Singh and his family members also helped him in preparing forged documents and sheltering him. As a result, offenses 419, 420, 465, 471, 468, 212, 216, 120-B Hindi were added in the FIR and the accused Sukhdev Singh S/o Suba Singh, R/o village Gulahar, Ps Patran was was declared a fugitive on 18-03-2017 by the Hon’ble court. Proceedings were underway to arrest the fugitive criminals and ensure that the person did not run away to an undisclosed location after selling his property and attaching his property as per the code of conduct. In this connection the property of fugitive Sukhdev Singh was verified and in his name 10 Kanal 18 Marla land at village Gulahar was found to be verified with a market value of about Rs. 25 Lakh. While taking legal action his property was been attached on 22-01-2021 as per the order of Hon’ble Court SDJM Samana, So that the fugitive should not run away after selling his land. The Hon’ble Court has passed an order directing the Tehsildar Patran to attach its property. Duggal has strongly reprimanded the fugitive criminals in the cases for surrendering in the cases registered against them so that they would not be able to hide in an undisclosed location by changing their names and addresses. Strict legal action is being taken against the fugitives from every aspect in District Patiala.