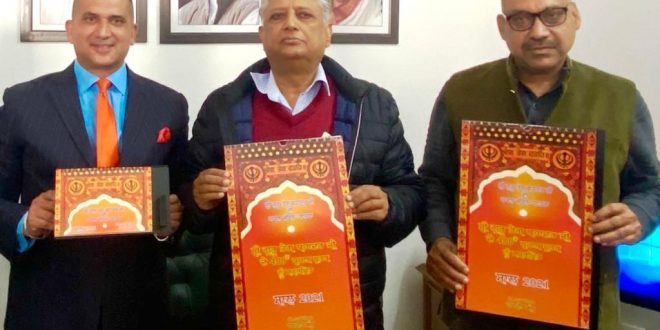 Speaker while launching the Calendar and Documentary complimented the efforts of Advocate Harpreet Sandhu for conceiving and coming up with this meaningful and pious work and said that this initiative will definitely help to spread preaching’s of Guru Teg Bahadur Sahib, and message of peace and universal brotherhood within humanity.

Previous HIGHEST EVER ALLOCATION OF Rs. 3445.14 CRORE FOR TRANSFORMING RURAL SECTOR UNDER PHASE-2 OF SVC IN 13265 PANCHAYATS ACROSS 22 DISTRICTS
Next Bhai Jaita Ji Memorial to be completed this year, Rs 12 Crore works tender floated: Channi