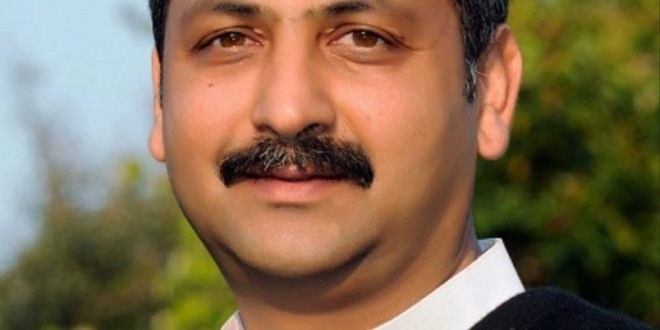 In solidarity with farmers, Vijay Inder Singla to sit on hunger strike

Chandigarh  : Punjab School Education Minister Mr. Vijay Inder Singla, on Tuesday, affirmed that he will be sitting on hunger strike on December 23, on the occasion of National Kisaan Diwas in protest against Modi-led union government’s draconian farm laws.

Mr Singla tweeted, “On the occasion of #KisaanDiwas, I shall be sitting on a hunger strike in protest against @BJP4India Govt’s unfair farm laws, in complete solidarity with our farmers & arthiyas’ demands!

My humble appeal to all to stand in unity against a tyrannical govt & its unjust policies!”

Appealing all sections of the society to stand in unity with farmers and against a tyrannical government and its unjust policies, he said that the union government is using multipronged hypocrite tactics to scatter farmers and sections associated with farmers, but farmers’ protest is day by day reaching towards its peak and will be finished only after getting their due rights.

Terming Income Tax Department on Arthiyas of Punjab by income tax department as malicious tactics, Mr. Singla said that BJP leaders have not digesting arthiyas’ full support to their brethren farmers, thus, in an unlawful manner, these raids are being carried out on behest of union government to weaken the farmer protest. “But, BJP leaders will not be succeeded in ending the generations’ long relationship between the farmers and arthiyas”, he emphatically said.

Mr. Singla continued holding meetings with arthiyas of the state and assured them that Punjab government and Congress party firmly stood by them in this hour of need.