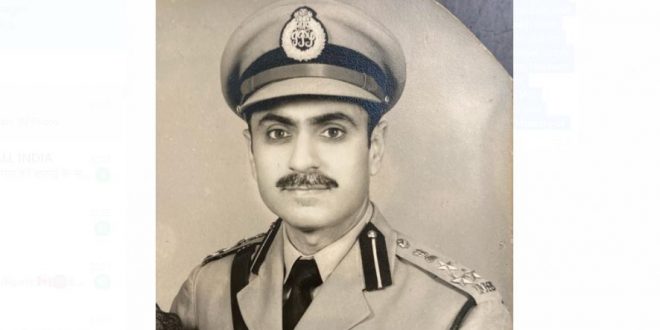 Chandigarh  (Raftaar News Bureau)  : Mr. Chander Kumar Sawhney, an illustrious Punjab cadre IPS officer of 1955 batch passed away peacefully on 1st November 2020 at his residence in Chandigarh at the ripe age of 90 years. In his long and varied innings, Mr. Sawhney served in different districts of Punjab as SSP in Narnaul, Bathinda and DIG in Ferozpur and Patiala. He attended the National Defence College, New Delhi in 1976. He was SP, CBI in Ambala and IG, Punjab Frontier of BSF in Jallandhar. He served as DGP Punjab Police in 1983. He retired as chairman of PEPSU Roadways, Patiala in 1990. A very conscientious and committed officer, he was known in Punjab and all over the country for his impeccable probity and integrity. He was a highly decorated officer, having been conferred with both the Presidents Police medal for Gallantry and the President’s Police Medal for Distinguished Service. Currently he was on the Board of Trustees of Dayal Singh College and School (Karnal). Mr. Sawhney leaves behind his wife – Mrs. Harveen Sawhney; sons- Rajan, a consultant in UK and Surinder, an architect in Chandigarh and two daughters- Misba married to Dr. Sumeet Jerath IAS, Secretary- Department of Official Language, Ministry of Home Affairs and Shameela married to Mr. Sanjay Malhotra IAS, Additional Secretary, Ministry of Power, Government of India.