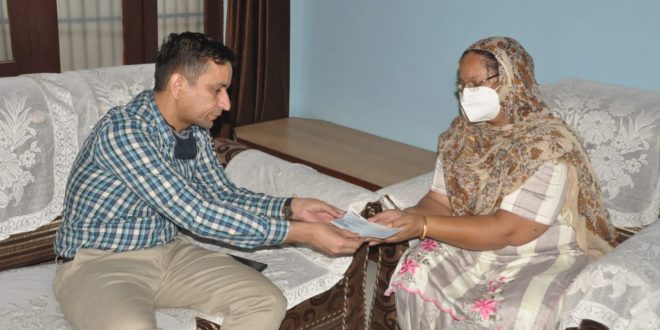 Jalandhar (Raftaar News Buerau) : – Deputy Commissioner Ghanshyam Thori on Monday handed over a cheque of Rs 10 lakhs to the bereaved family of journalist Raj Kapoor of Nanak Pindi village who had succumbed to coronavirus on September 12.

Deputy Commissioner, who reached at the home of Kapoor in Nanak Pindi village, gave the cheque to Kapoor’s wife Jasvir Kaur.

Thori described Kapoor as an upright journalist committed to his profession. He said that Kapoor was a fine journalist and discharged his duties fearlessly in the time of Pandemic. He also assured fulsome support to the family of Kapoor in the future.

Notably, the Chief Minister Capt Amarinder Singh had announced a relief of Rs 10 lakh to the accredited or yellow card holder journalists in case of death due to Covid-19. 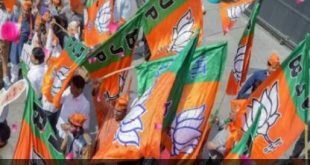 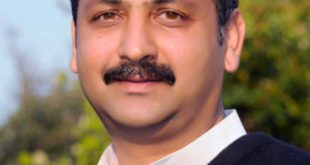