Chandigarh (Raftaar News Bureau) : In a major pro-poor initiative, the Punjab government will undertake a massive exercise to re-verify all the recently deleted and left-out beneficiaries under the Smart Ration Card scheme to ensure that all genuine eligible persons get the benefit of the scheme.

Those of the 9,48,9801 beneficiaries (approx. 2,37,200 families) found by the re-verification process to have been wrongly deleted or wrongfully left out earlier will be included in the list again, as per the decision taken today by the Punjab Cabinet led by Chief Minister Captain Amarinder Singh.

The initiative would help ensure proper food security to all deprived persons (if found eligible) under the state-sponsored Smart Ration Card Scheme, an official spokesperson said after the cabinet meeting.

The Cabinet also decided that after the re-verification process is completed, the Ministry of Consumer Affairs, Food and Public Distribution, GoI, will be approached to allow Punjab to enroll all beneficiaries (found eligible in the process) under NFSA, 2013 on RCMS portal. However, the state will make claims of subsidy (distributed quantity) from GoI only as per the ceiling of 1.4145 crore beneficiaries, and any distribution made over and above this ceiling will be borne by the State Government from its own resources.

It has also been decided that post enrolment of the fresh eligible beneficiaries, the distribution may be carried out simultaneously with NFSA cycle (bi-annual) so that distribution of foodgrains and monitoring of the same can be done through existing epos.punjab.gov.in portal and biometric authentication through ePoS devices.

Notably, the Food, Civil Supplies & Consumer Affairs Department is implementing the National Food Security Act (NFSA) 2013 in the State. The Government of India has fixed a capping of 1.4145 crores of beneficiaries to be covered under NFSA, 2013. The State Government has also decided to cover such deleted beneficiaries (if found eligible), under the Smart Ration Card Scheme (State Sponsored), so that food security of these deprived persons can be ensured.

The Department would conduct verification of these 9,48,801 beneficiaries through concerned District Controllers with the help of the district administration. The data would be shared with the concerned District Controllers and they would be asked to complete this exercise before December 31, 2020 so that the beneficiaries found eligible can be enrolled in the Smart Ration Card Scheme (State Sponsored) for the distribution of foodgrains strictly in accordance with the eligibility and norms fixed under NFSA, 2013. This would ensure that no genuine and deserving person is left out of the ambit of NFSA. Under the Smart Ration Card Scheme (State Sponsored), the eligibility criteria as well as the entitlement of foodgrains will remain the same as prevailing under NFSA 2013. 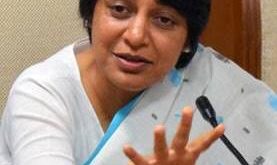