Interacting with the media persons after starting government procurement operations, Mr. Ashu said, following the directives of the Chief Minister Captain Amarinder Singh, the state government has made elaborate arrangements for the procurement of expected arrival of 170 lakh metric tonnes of paddy across the mandis of the state, adding that state government was committed to procure every grain of the produce because it was the fruit of six months of hard work of the farmers. “Punjab Government has made all out arrangements for the smooth and uninterrupted procurement of paddy crop in all the Mandis of the state keeping in view the COVID-19 pandemic”, he added.

The Food Minister said that due to the early arrival of paddy crop, the state government has started the procurement of paddy from today and will ensure early payment of the crop to the farmers. He said that this time, Punjab Mandi Board has set up 4035 procurement centers in the state including 1872 official centers, where 30×30 feet space has been earmarked in wake of Corona. Besides this, masks and soap and sanitizer for hand washing are being provided to farmers and arrangements for labour, gunny bags and transport for lifting of crops have also been completed.

Mr. Ashu appealed to the farmers not to set fire crop residue in the fields as it will exacerbate COVID situation in the state and bring only dry produce to the mandis for easy and hassle-free procurement. He said that similar to the wheat season, farmers would be able to bring their produce in the Mandis by obtaining the passes given to them through commission agents and these would be of different colors for various days. “Arhtiyas have been asked to make the payment of the purchased crop as per the MSP (Rs.1888 per quintal for Grade-A) directly to the accounts of the farmers at the same time as they got from procurement agencies”, he added.

Mr. Bharat Bhushan Ashu said that Cash Credit Limit (CCL) for paddy procurement would also be released in a day or two by the centre government. While the storage space for the procured paddy crop is also being arranged by movement of existing stock of wheat and rice from the state godowns. He said that it will be a record that the state was able to move a stock of thirty lakh metric tonnes in a month to other states and so far 891 specials have been arranged out of the total 1000 scheduled for this month. He further said that with the supply of 66 percent new bales by the jute mills, the government has allowed the millers to use 70 percent millers bags too for which they would be paid user charges at the rate of Rs.7.32 per bag to avoid any shortage during peak.

Replying to another question, he said that the Shiromani Akali Dal, being a partner in the central government, had already taken a U-turn by approving these bills. Similarly, the Akali Dal had turned its back on the Punjab Vidhan Sabha and now it has changed its decision in view of the opposition of the farmers. He added that the farmers of Punjab are sensible and everyone knows who is doing what for the state? On the breakup of SAD-BJP alliance, he said that SAD had taken this decision at a time when its leadership was well aware of the fact that they would not be forgiven by the people of Punjab. 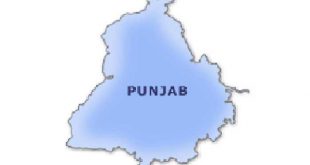 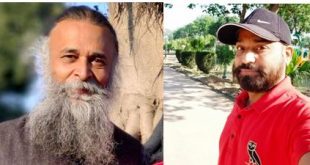