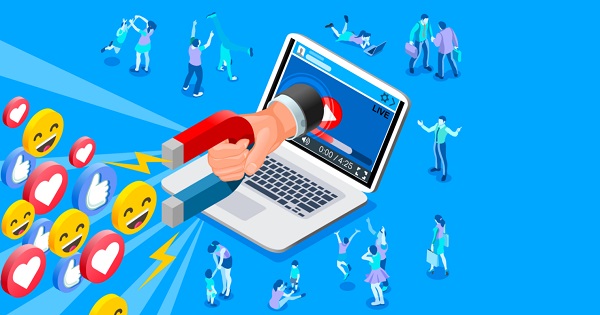 ·        NO. OF ACCOUNTS/LINKS BLOCKED OVER COVID HATE PROPAGANDA GOES UP TO 121, 292 MORE LINKS IDENTIFIED FOR ACTION

Chandigarh (Raftaar News Bureau): Intensifying their crackdown against rumour-mongers spreading misinformation on COVID on social media, the Punjab Police on Thursday approached the Centre for blocking access to 45 links indulging in false propaganda after the concerned social media platforms failed to act against them within the mandated 36 hours of notices being issued to them by the state.

With 13 more accounts/links blocked by the various platforms, the total number of URLs/links blocked for spreading false propaganda in the state has gone up to 121, while the central government’s intervention has been sought in 45, DGP Dinkar Gupta disclosed. While Facebook has blocked 47, Twitter has blocked 52, YouTube has blocked 21 and 01 Instagram accounts/links from their platforms. In addition, 292 more such URLs/Links carrying malicious content have been reported to Social Media Platforms for blocking the same, said the DGP.

The police have also issued a look-out circular for one Satwinder Singh, currently residing in Vienna (Austria). Satwinder @ Sam Thind, r/o vill Phul Shahkot, was allegedly responsible for posting fake videos and refraining people in Punjab from going to hospitals for treatment. The lookout notice seeks to debar his entry into India and to arrest him to face trial as soon as he sets foot in the country.

The anchors of FASTWAY TV USA and FASTWAY NEWS have been booked for trying to spread misleading facts about ASHA workers, following directions from Chief Minister Captain Amarinder Singh to initiate stringent action against miscreants based in foreign countries if they try to vitiate the atmosphere in Punjab with false propaganda and fake information.

A total of 18 FIRs have been registered from 27.08.2020 to 10.09.2020 against persons involved in rumour-mongering, said the DGP. This includes the FIR registered against LIP leader and MLA Simarjit Singh Bains.

On the 45 accounts/links that the concerned social media platforms had failed to block despite the notices from the Punjab Police, the DGP said a letter has been sent to the Cyber Law Division of the Ministry of Electronics & Information Technology, Government of India. The Inspector-General of Police, State Cyber Cell Crime, Bureau of Investigation, Punjab, in the letter, has requested for blocking of access to the said YouTube channels/accounts under Section 69A (1) of Information Technology Act, 2000, read with Rule 9 of Information Technology (Procedure and Safeguards For Blocking Access of Information by Public)  Rules, 2009.

The letter seeks blocking of these 45 accounts/channels/links, which have been listed in detail, in the interest of sovereignty and integrity of India, public order, and for preventing incitement to the commission to any cognizable offence. The Ministry has been requested to direct the concerned authorities and intermediaries to immediately block access to this information by the public in India.

The State Cyber Crime Cell, Punjab, has also appealed to the people not to share any kind of unverified/unauthentic posts, news, videos or stories regarding COVID on social media platforms, in the interest of the safety, security and maintenance of public order in the State of Punjab.

The Chief Minister had ordered the crackdown amid widespread rumour-mongering and spread of fake news/spiteful videos by anti-social elements on social media platforms, intentionally to spread hatred, misinformation and disaffection.

Videos are being uploaded by them to incite public in the name of “human organ trade during COVID-19”.  A wave of misinformation is being spread through various social media platforms that doctors and paramedics are falsely declaring people COVID Positive and then they are taking out their organs for monetary benefits. These obnoxious posts/videos on social media are not only defamatory to the state government and doctors but are also seen discouraging people from testing and treatment for COVID from various health facilities.

The Chief Minister has repeatedly expressed concern over the loss of lives resulting from delayed testing as people misled by these fake posts/videos are not going for testing and treatment to hospitals, an official spokesperson pointed out.

On the directives of the Chief Minister, the Punjab Police has launched a drive to counter the notorious elements responsible for spreading of misinformation and hate content in the society.