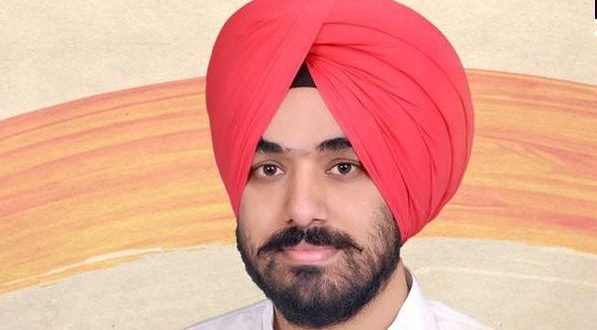 Chandigarh (Raftaar News Bureau):  The president of Punjab Youth Congress, Brinder Singh Dhillon on Wednesday questioned the Centre’s approval to a bill that seeks to make Kashmiri, Dogri and Hindi the official languages in the Union Territory of Jammu and Kashmir. In a press statement, Dhillon opposed the centre’s move to abolish Punjabi from the list of official languages and demanded from the centre govt to include the Punjabi language in the list.

Questioning the silence of the Shiromani Akali Dal and union cabinet minister Harsimrat Kaur Badal on the issue, Dhillon said that Akali Dal always compromises the rights of minorities and Punjabis for their personal benefits and this has been exposed once again. He asked Harsimrat Badal to take a stand against the discrimination being committed by Modi govt and ask them to take the decision back. “The move is absolutely ‘anti-Punjab’ and ‘anti minority’ as it is a direct attempt to destroy the regional languages in the country.”

The youth president said the Union government’s decision raises serious question over the intention of the Akalis who proclaimed themselves as sole custodians of everything connected with Sikhs, Punjab and Punjabi. He said since the formation of Modi govt at centre the minorities are feeling unsafe in the country. The Punjabis have no hopes from the BJP, which had always been inimical to the interests of Punjab and Punjabis.

Dhillon said that Punjab and Jammu & Kashmir have so much in common and there is a very deep-rooted connection between both the states. The dialects of Punjabi language and many languages of J&K like Dogri have many similarities, so there is a great need to include the Punjabi language in the list of official languages of Jammu and Kashmir. “The historical bonhomie between Punjab and J&K has a long history and the state has remained as a part of Maharaja Ranjit Singh’s empire.”

Dhillon said that this is not the first time that the Akalis have remained silent on an issue of significance for the people of the state, he said. “First, Citizenship Amendment Act, then abrogation of Article 370 followed by farm ordinances, each matter has brought to fore the double standards of the Akalis,” he added.