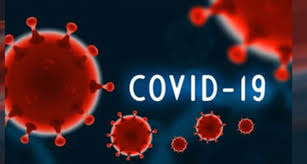 Patiala (Raftaar News Bureau) :  In their continued crackdown on rumour mongering, Punjab Police has arrested nambardaar of Jattpura village in Ludhiana for uploading fake and objectionable post about human organ trafficking at Rajindra Hospital Patiala on Facebook and spreading rumours about Covid-19 leading to panic amongst citizens, besides tarnishing the state Govt efforts to contain the pandemic. The accused had been identified as Mandeep Singh @ Deepa s/o Mohinder Singh r/o Village Jattpura PS Hathur. An FIR No. 72 dt 07.09.2020 u/s 188 IPC 54 Disaster Management Act PS Hathur has been registered in the case.

Investigation has revealed that Mandeep had uploaded a post on his Facebook Profile “Deepa Dhillon Jattpura” on 24.08.2020 wherein he made disparaging remarks about Rajindra Hospital Patiala and referred to it as being a Centre for Human Organ Trafficking and levelled baseless allegation that they kill people by injections, etc. against the Hospital, a spokesperson disclosed. The accused has admitted that he had uploaded the Post in haste in emotion as his Uncle (Sarpanch of his Village) had died recently due to COVID-19, the spokesperson added. Notably, the Punjab Chief Minister Captain Amarinder Singh on Monday had directed the DGP to crack down on all rumour mongers and web channels spreading misinformation among the people about the pandemic.

Discsoling further, the spokesperson said that mobile phone which was used to upload the post has been confiscated and is being forensically examined to ascertain all facts. In a separate case, Jalandhar police have registered an FIR against ten persons including son of an ASI for partying during night curfew restrictions & for possessing illegal weapon, and against owner of Masala Zone restaurant in Adampur, Jassi Bansal, which has also been sealed.

The accused Karamvir Kaily s/o Gurmail Singh r/o Adampur, who had 3 FIRs on his name and was now on bail, had thrown a birthday party at the restaurant for his group of 8-10 friends. He also managed to escape from the spot when the police raided. Acting on a tip off, a police party had raided the restaurant on intervening night of 6th and 7th September and found 8-10 boys partying. Police managed to arrest two persons from the spot and efforts are on to catch others at the earliest, the spokesperson said.

Two arrested have been identified as Ankit Thapa, and Jaspal Singh. An FIR no 211 u/s 188 IPC, 51 DM Act, 25 Arms act dated 7.09.2020 has been registered at PS Adampur, the spokesperson added. While fleeing Karamvir Kaily dropped an illegal weapon also. He is the son of an ASI posted in 7BN PAP and is now posted at Shambu barrier.