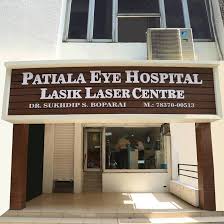 Deepam Matta national level shooting player a resident of Patiala, who was studying abroad, said she was having an eyesight problem and was using spectacles. On August 10, 2015.

Dr. Sukhdip Singh Boparai performed the LASIK surgery upon her at Clear Vision Lasik Laser at Patiala, on September 10, 2015. After the surgery, the complainant went back to the UK to continue M. Sc. (Management) at University College, London.

In March, 2016, her vision started becoming blurred, causing stress as well as watering. She came back to India on July 9, 2016 and went to the Centre For Sight, New Delhi, on July 16, 2016. The centre carried out the refraction of her eyes and also conducted ‘Oculus Pentacam’. Her condition was diagnosed as “Post LASIK Ectasia”.

She said it was shocking to know that her eyesight had deteriorated further.

Updip Singh, counsel for the complainant, contended that all the post-operative problems faced by the complainant were the result of incorrect and improper LASIK procedure conducted by the doctor.

Dr. Sukhdip Singh Boparai said after the LASIK procedure, the complainant missed one follow-up session after 10 days and went abroad. As started having blurred vision in March 2016 only, this meant she had no problem for six months after the surgery, he said.

“Keeping in view the above discussion and the evidence on record, it clearly stands proven that the doctor and centre were grossly negligent while performing the LASIK surgery,” said the commission.