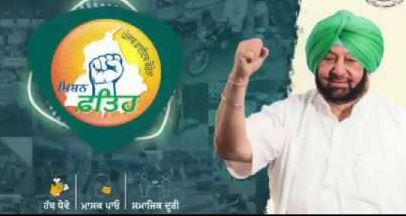 Divulging more details, the Deputy Commissioner Jalandhar Mr. Varinder Kumar Sharma said that the packets of dry ration containing 10 kilograms wheat floor (Atta), one kilograms Daal and one kilogram sugar would be distributed to the non smart holder beneficiaries in the district. He said that the state government would start the distribution of these packets from tomorrow to give succor to the weaker and underprivileged sections of the society. Mr. Sharma said that the move was aimed at providing reprieve to the needy sections of the society.

The Deputy Commissioner said that on the directions of the state government the packets would be distributed by the teams of administration from June 13 (Saturday). He said that administration has already evolved a viable mechanism for smooth and hassle free distribution of these packets amongst the people. He said that the officers have been directed to complete the entire process in transparent and effective manner adding that any sort of callousness in this task was unwarranted and undesirable.

Meanwhile, District Food and Supply Controller Mr. Narinder Singh said that earlier during the curfew/ lockdown, the Punjab government had given big reprieve to 2.41 lakh Smart Card holder families in the district by distributing them free wheat and pulses for three months, in  single go, through the Pradhan Mantri Garib Kalyan Ann Yojna. He said that on the directions of the Punjab Chief Minister Captain Amarinder Singh a mammoth drive was completed to give relief to 9.26 lakh eligible beneficiaries in the scenario emerged due to the spread of Covid 19.