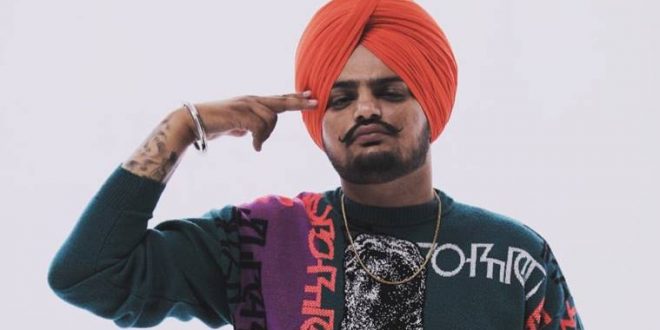 Nabha (Raftaar News Bureau) : On 6.6.20, Insp. Sarabjit Singh, SHO PS Kotwali Nabha, alongwith Police Party was present at Boran Gate, Nabha to ensure that government guidelines to stop the spread of COVID-19 by ensuring compliance with the guidelines issued by the Union and Punjab government followed and he stopped a Land Rover and a Scorpio, as both the vehicles had tainted films on their windows. One of these vehicles was being driven by Singer Shubhdeep Singh @ Sidhu Moosewala s/o Balkaur Singh, r/o Moosewala Mansa district, and the other vehicle was driven by Rajinder Singh s/o Teja Singh, r/o Moosewala Mansa district. Both vehicles were challaned u/s 74 of the Motor Vehicle Act for unauthorized use of Sun Films/Tainted glasses by SHO PS Kotwali Nabha.

A FIR no.170 dated 5.5.20 (u/s 188 IPC, 25,29/30/54/59 Arms Act, 51 Disaster Management Act, PS Sadar Dhuri, Sangrur district) had earlier been registered against Singer Sidhu Moosewala in which Sangrur Police had issued a notice to the singer for joining the investigation. Another FIR no. 57 dated 4.5.20 u/s 188 IPC, 51 Disaster Management Act, PS Dhanoula, Barnala district stands registered against him. He has received the notice, served by Barnala Police to join the investigation, on 12.6.2020.

Further, in both the FIRs, investigation is being carried out by Superintendent of Police, PBI, BOI (Sangrur & Barnala). Summon notices have already been served to Singer Sidhu Moosewala in both cases to join the investigations. Further action, as warranted by law and facts, will be taken against him in the cases registered against him and other individuals by the Police of Sangrur and Barnala.