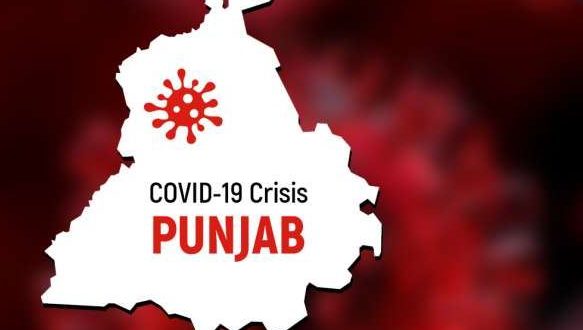 Chandigarh (Pitamber Sharma) : Over 1 lac tests have been conducted of Corona virus in the Punjab so far and to further enhance the capacity of testing, it is also necessary to increase the capability of samples collection in each district. To accomplish this target, the State Government has decided that besides Medical Officers, special training to be imparted to Community Health Officers, Staff Nurses and Pharmacists for collection and packing of Nasophraygeal/ Oropharyngeal swabs for RT-PCR COVID-19 testing.

Disclosing this here today, the Health Minister Mr. Balbir Singh Sidhu said that today, Punjab has completed testing of over 1, 00,000 samples for COVID-19. Since detecting its first confirmed COVID-19 positive case on 5th March, 2020, the state has worked tirelessly towards containing the spread of infection through ramping up its sample collection and lab capabilities.

The Minister said that the state has increased its testing per million figures to 3259 per day as on 3rd June, 2020. This is better than the national average of 3046 tests per million per day. Punjab had tested 10,000 samples by 25thApril and has rapidly conducted one lac tests as on 4th June 2020. This shows the strides the state has been making in ramping up its testing capacity. At present, the State has ample testing capacity and is conducting around 4500 tests per day now. The state government has been making concerted efforts to ramp up the testing capacities of labs in the state. Three new RT-PCR machines have been procured by the state for its Government Medical College labs.

Mr. Sidhu further said that in order to upscale testing, Department of Health has been making dedicated efforts and the health teams have been working tirelessly to enhance sampling amongst the designated categories as per the testing strategy. Over a period of time, Department has increased number of Flu Corners to around 220 where sample collection is being done. Sample Collection kiosks have been placed at 124 locations all across the state to ease out sampling process. The number of teams has been increased for sample collection and adequate number of Medical Officers/Lab Technicians/MO (Dental) has been trained for the purpose in the districts. All required protective gear, such as, PPE Kits/N95 masks have been provided to all healthcare works to ensure their complete safety.

He said that Department of Health has started TruNaat Testing in 5 districts of Punjab at Jalandhar, Ludhiana, Pathankot, Barnala and Mansa. The department has started CBNaat testing at Faridkot and Patiala. For the purpose of surveillance, around 995 Rapid Response Teams have been formed in the State in order to conduct active surveillance and identification of people with Influenza like Illness or Severe Acute Respiratory Illness by house to house visits. “State has conducted ELISA based antibody tests for Sero-Surveillance in 4 high-burden districts of Jalandhar, Gurdaspur, Ludhiana and Patiala”, he added.

The Minister said that in order to further increase surveillance, the Department is starting with extensive and intensive House to House Surveillance in the entire State on a mobile based Application for all people above the age of 30 years and people with co-morbidities or symptomatic even below 30 years of age. The State has further made use of innovative testing techniques such as use of mobile Sample collecting Kiosks, Pool testing etc.