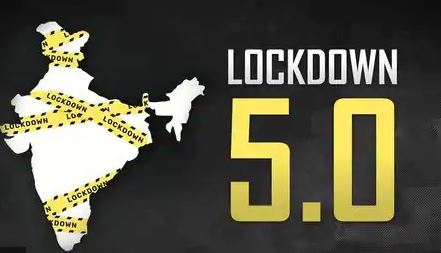 Chandigarh, May 31 (Pitamber Sharma) :  In line with the Central Government’s guidelines for Unlock 1.0, Punjab Chief Minister Captain Amarinder Singh on Sunday ordered formulation of clearly defined SOPs/guidelines for opening up of hotels /hospitality services, shopping malls, places of worship, and restaurants for in-dinning, from June 8, 2020, while announcing immediate opening up of shops, including liquor and barber shops, beauty parlours, Spas etc, from tomorrow in the non-containment zones.

He has directed the Health and Transport Departments to come out with detailed SOPs for permitted activities and movement in this phase of the lockdown, beginning June 1 till June 30, for the areas outside containment zones.

In the containment zones, however, only essential activities shall be allowed and there shall be a strict perimeter control. Such zones will bedemarcated by the District authorities after taking into consideration the guidelines of the Ministry of Health & Family Welfare (MoHFW), Government of India. The district authorities would also identify buffer zones outside containment zones wherein restrictions as considered necessary, may be put in place.

The movement of individuals for all the non-essential activities shall remain prohibited between 9.00 pm to 5.00 am, as per the Centre’s guidelines and district authorities have been directed to issue prohibitory orders u/s 144 of Cr.PC and ensure strict compliance.

As per the directives of the Chief Minister, effective June 1, shops in main bazars will be open between 7 a.m. and 7 p.m., and liquor vends can remain open from 8 a.m. to 8 p.m. The DCs have been authorised to exercise their discretion in staggering the timings to avoid crowding, in main bazars, market complexes and rehri markets. Subject to compliance with SOPs to be issued by the Health Department, barber shops, hair-cut salons, beauty parlours and Spas are also allowed to open up from tomorrow.

The Chief Minister, however, made it clear that strict compliance would have to be ensured to all SOPs, as well as health and safety protocols, including wearing of masks and social distancing. Though no restrictions are in place on movement within city or districts, the Chief Minister urged people to avoid non-essential travel, and said the State Department of Health will issue a separate SOP in this regard.

E-commerce is now permitted in Punjab for all goods, including non-essential, as per the latest guidelines issued on the directives of the Chief Minister late on Sunday evening. Sports complexes and stadia can also open without spectators as per the SOPs of the Health Department.

There are no restrictions on either inter-state or intra-state movement of passenger vehicles such as  taxis, cabs, stage carriers, tempo-travellers and cars, but self-generated e-pass would need to be downloaded from COVA app. Bicycles, rickshaws and auto-rickshaws will be allowed subject to compliance of the SOP as issued by the Transport Department, Punjab.

For inter-state movement of trains and domestic flights, the inward passengers would have to follow the SOPs of the Health Department and would be required to either download Cova-app and get self-generated ‘e-pass’ or declare their particulars at the railway station. The passengers would  also be home quarantined for 14 days.

All categories of industries, construction activities are allowed to operate, without any restriction, in both rural and urban areas, along with agricultural, horticultural, animal husbandry, veterinary services. No separate permission would be required by the industries and other establishments to resume their operations.

As far as offices are concerned, Central Government and Private Offices will be open as per required strength, with timings to be adjusted to work in small teams if required. For Punjab government offices, the Head of the Office will ensure that there is adequate space for maintaining social-distancing norms.  If the space is inadequate, the employees will be required to attend office by rotation. District authorities may, however, in order to avoid crowding and congestion, stagger timings of various offices without curtailing the office hours. All employees, be it government offices, private offices and other work places, would be allowed to move without any requirement of pass during the permitted hours i.e. 5.00 am to 9.00 pm, except the mandatory self-generated e-pass for inter-district and inter-state travel .

The activities that continue to be prohibited in the state in this phase, from June 1 to June 30, as per the Centre’s guidelines, are Cinema halls, gymnasiums, swimming pools, entertainment parks,   theatres,   bars,   auditoriums,  assembly  halls  and similar places.

Social/ political/ sports/ entertainment/ academic/ cultural/ religious functions and other large congregations are not allowed. There is also complete prohibition on spitting in public places, consumption of liquor, pan, gutka, tobacco etc. in public places, though there is no restriction on their sale.