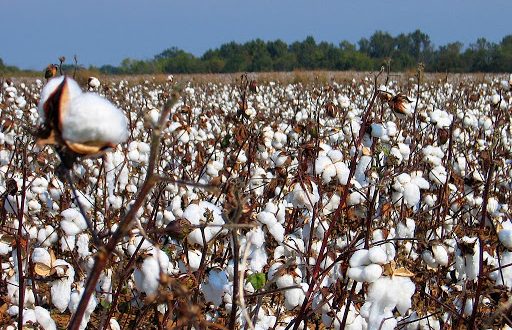 Chandigarh (Raftaar News Bureau) :  The Crop Diversification Programme initiated by the Punjab Agriculture Department has received a massive response from farmers with the state nearly accomplishing its goal to bring an area of 12.5 lakh acres under cotton cultivation, which was 9.7 lakh acres last year. Diversification of the cropping pattern away from paddy helps to save the precious natural resources of the state i.e. water, helps improve soil fertility, avoid winter stubble burning and thus preserve and improve the environment in a very substantial way.

Disclosing this here today, the Additional Chief Secretary Development Viswajeet Khanna said that Punjab had recorded sowing of cotton over an area of 10 lakh acres so far and the set target would  be achieved very soon. ACS further said that the Agriculture Department had made timely and adequate arrangement of fertilizer and hybrid seeds of BT Cotton well in advance to ensure seamless sowing of cotton crop across the state amid curfew/ lockdown due to COVID-19. Cotton was the second major traditional crop of Southern Punjab due to which the Malwa belt of Punjabi state was known as its ‘Cotton Belt’, he added.

The Additional Chief Secretary said in the districts of Malwa belt cotton sowing had already crossed the mark of 10 lakh acres. He said that the last year target of 9.80 lakh acres (3.92 lakh hectares) was enhanced to 12.5 lakh acres (5 lakh hectares) this year, which is expected to be completed in the first week of June. He also informed that the sowing had been over by the last week of May during previous seasons but would be completed a bit later this year as wheat harvesting started only on May 15 this year with a delay of two weeks amid COVID-19 restrictions.

Giving details of cotton sowing in the districts, Khanna said that so far Bathinda district had recorded maximum sowing of 3.39 lakh acres followed by Fazilka with 2.38 lakh acres and 2.10 lakh acres in Mansa. He said that in Sri Muktsar Sahib 2.02 lakh acres area was under cotton cultivation till date while Sangrur recorded 7800 acres, Faridkot 5800 acres, Barnala 1870 acres and 1257 acres in Moga district.

The department has also coordinated with the Cotton Corporation of India(CCI) to buy last season’s remaining cotton produce from farmers at the assured  MSP and for this 19 markets have already been made operational in the cotton belt. The CCI has also assured its support for purchase of Cotton during next season.

The ACS said that Agriculture Department had already started a vigorous campaign to remove weeds (host plants of white fly) from vacant plots, roadside, open grounds with the help of line departments. All the Chief Agriculture officers (CAOs) have been directed to complete this task in a mission mode. The ACS further stated that all the CAOs and staff had been asked to keep strict vigil on the smuggling of unauthorized fake seed into the state which attracts sucking pests resulting in colossal damage to the crop.

Meanwhile, the Director Agriculture Sutantar Kumar Airi informed that in order to further promote crop-diversification in the state, the Department had held several meetings with the CAOs and field staff of the districts having cotton cultivation and directed the officers/officials to ensure smooth and hassle free sowing of cotton crop.