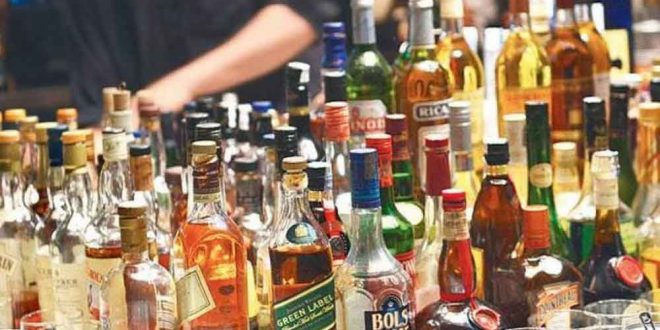 NO LOSSES INCURRED DURING FY 2019-20 EXCEPT ON ACCOUNT OF CURFEW/LOCKDOWN, SAYS PUNJAB EXCISE DEPT

·        CAPT AMARINDER ASKS FOR REVIEW OF COLLECTIONS EVERY FRIDAY, TAKE ALL STEPS TO BOOST REVENUE

·        ALL LIQUOR VENDS NOW OPEN, EXCEPT THOSE IN CONAINMENT ZONES, IN WAKE OF CM’S APPROVAL TO KEY POLICY AMENDMENTS

Chandigarh (Raftaar News Bureau) : Contrary to speculation, the Punjab Excise Department has not incurred any losses in FY 2019-20, except those resulting from the Covid related curfew/lockdown, which are yet to be assessed.

This was disclosed by the Excise Department at a meeting with the Chief Minister Captain Amarinder Singh to review the situation in the light of the amendments to the Excise Policy, as well as related matters.

Barring the losses incurred on account of the lockdown/curfew imposed in the light of the Covid pandemic, there were no losses suffered in fiscal 2019-20, the Excise Department told the review meeting. The Chief Minister directed the department to expeditiously complete the pending tasks with respect to allotment of vends etc, and, at the same time, to take all possible steps to boost revenue. He further asked the department to review revenue collections every Friday to ensure timely ground assessment of the situation caused by the unprecedented lockdown.

The directives came even as all allotted vends in the state have opened, except those in the containment zones, pursuant to the key amendments approved by the Chief Minister in the Excise Policy for FY 2020-21 in view of the Covid crisis. In terms of numbers, this translates into 4404 liquor vends, run by 589 groups, now open in the state.The Excise Department informed the Chief Minister that though the final figures for FY 2019-20 were yet to be worked out, indicative data shows that the excise revenue for the year was higher than that of the previous fiscal.

Giving details, the Department revealed that revenue receipts had shown marked increase since the Captain Amarinder government took over the state’s reigns in March 2017. From Rs. 4405.72 crore in FY 2016-17, the actual revenue received by the state exchequer shot up to Rs 5135.68 crore in FY 2017-18 – a whopping 16% increase in one year.

There was a slight dip in the Excise Department revenues in FY 2018-19, on account of quota and price reduction, as well as hike in VAT, which went up to 14%, along with some changes in GST, disclosed Department officials. The decrease was, however, marginal, with the actual receipts reported at Rs. 5073.79 crore.

As far as FY 2019-20 is concerned, according to the Department officials, the figure for revenue earned by the Excise Department currently stands at Rs 5015 crore. However, as per the Excise Policy of FY 2019-20, an amount of Rs 50 crore, on account of application money, was transferred to  Excise & Taxation Technical Services Agency (ETTSA). In addition, VAT amounting to Rs 125 crore has been included, and taking the same into consideration, the total receipts would, in fact, amount to Rs 5222 crore.

Further noting that in FY 2019-20, Janta Curfew was imposed on 22nd March, and curfew/lockdown from 23rd March, the officials said that all the fees (Fixed License Fee and Additional Fixed License Fee) for FY 2020-21, which were to be deposited in the month of March could not be deposited. This included Rs 278 crore for renewed groups, Rs 68 crore approx. from the newly allotted groups, and another Rs 120 crore in routine receipts which could not deposited on account of the curfew/lockdown restrictions, they added.

Hence, Rs 466 crore was not received in March 2020 by the state exchequer while Rs 5 crore went into taxes and to ETTSA, disclosed the Department. Taking these figures into account, the actual receipts for the year would, in fact, turn out to be much higher than last year’s, the officials added. Meanwhile, according to a spokesperson of Excise & Taxation Department, out of 4674 renewed/allotted vends, 4404 have opened for sale of liquor across the state. Only those in the containment zones could not open yet.

In addition, in line with the amendments approved by the Chief Minister, the Department has also initiated the process for allotment of 1235 vends, comprising 91 groups, which could not be completed due to curfew/lockdown in the state.Giving the break-up of the 4404 liquor vends opened till date by 589 groups, the spokesperson said that 54 groups have opened 669 vends in Amritsar-1, Amritsar-2, Gurdaspur, Pathankot and Tarn Taran. Another 977 liquor vends have been opened by 138 groups in Hoshiarpur, Jalandhar-1, Jalandhar-2, Kapurthala and Shaheed Bhagat Singh Nagar (Nawanshahr).