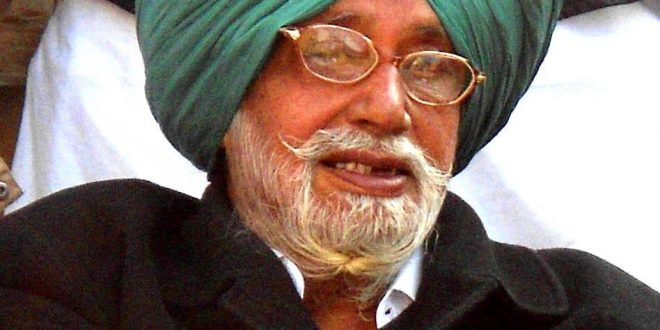 Mohali (Raftaar News Bureau) Former MP Gurdas Singh Badal (90), father of Punjab Finance Minister Manpreet Singh Badal, passed away around midnight following a cardiac arrest. He had been unwell for a while and was admitted to a hospital in Mohali.

Gurdas Badal was the younger brother of former chief minister Parkash Singh Badal. Gurdas Badal unsuccessfully contested the Assembly election from Lambi against Parkash Badal in 2012. However, the personal relationship between the two brothers, Pash (Parkash) and Dass (Gurdas), remained intact, and they would meet often.

Gurdas’s wife Harmandir Kaur had passed away on March 19 of this year at the familys farmhouse in Badal village here. He is survived by son Manpreet and a daughter.

Keeping in view the current Covid-19 pandemic, Manpreet Badal has on social media appealed to all to refrain from attending the funeral ceremony, which would be held at Badal village.

It is with great sorrow that I inform about the demise of my father S.Gurdas Singh Badal. He passed away last night at Fortis Hospital, Mohali.He was 90.
His health had started deteriorating after my mother’s death in March, & he was on life support system for past few days.