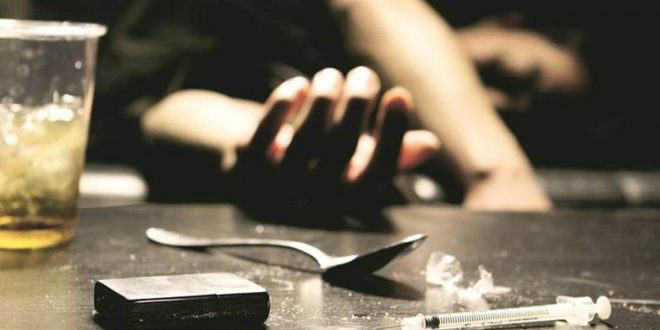 Chandigarh (Raftaar News Bureau) : In combating the menace of drug abuse the Special Task Force (STF) and District Police have taken effective steps  to unearth  nexus between police employees and drug trafficking. From April 2017 till 30.04.2020, a total number of 114 criminal cases have been registered against 148 police personnel and Departmental Inquiries initiated against 61 policemen. Besides this, 47 police personnel have so far been dismissed and 17 have been suspended. Sidhu said it is the policy of the State government to take strict action against all such elements.

STF chief revealed that law enforcement agencies had arrested 580 proclaimed offenders, 1885 absconders, 125 bail jumpers, 106 parole jumpers under NDPS Act have also been arrested from 2017 to 31.03.2020. “Success has been achieved in convictions under NDPS Act cases with an overall conviction rate of 68% in 2017. During 2018, overall conviction rate was 59%, 64% in 2019 and 68% till 31.03.2020. He added that the STF Police Station by itself had an exceptional conviction rate of 100 %. In this regard, a sustained effort was also being made to improve the investigation skills of the police officers through intensive training at State, Range and District level. Police personnel had also been trained by STF for preparation of proposals for preventive action against drug traffickers under the Prevention of Illicit Traffic in Narcotic Drugs and Psychotropic Substances Act, 1988 (PIT NDPS, Act).

Elaborating more Sidhu added that 180 foreign nationals had been arrested in registered 147 cases over three years out of which 61 foreign nationals were arrested in 2017, 81 in 2018, 37 in 2019 and one during 2020. He added that the arrests indicate that Delhi has become a major centre from where foreign nationals have been supplying drugs to Punjab. STF chief further added that smugglers have changed the smuggling routes due to enhanced vigil all along the Indo-Pak border in Punjab area and effective enforcement by the police. Drug smugglers have exploited new sea routes, air routes and land routes many of which were under the garb of legal trade and commerce. The recovery in January 2020 of 197 kg of heroin with 64 kg of other intoxicants and an illicit laboratory with six drums of chemicals by STF from a house in Akash Vihar, Amritsar led to the busting of an international heroin supply ring. It also revealed new efforts by drug traffickers to smuggle heroin into Punjab through the sea route from Gujarat. STF has identified one Simranjit Singh Sandhu resident of Ranjit Avenue, Amritsar as the kingpin in the case of recovery of 197 kgs of heroin.  STF chief said that 532 kg of heroin concealed in consignment of rock salt imported from Pakistan via Attari border was recovered by the Customs Department last year. In this case one Ranjit Singh @ Rana @ Cheeta resident of village Havelian, District Taran Taran  along with his brother who were the key players in the consignment of 532 kg of heroin recovered at ICP Attari have been arrested recently, on May 9, by  the NIA and Punjab Police from Sirsa, Haryana. Another brother of Ranjit Singh @ Rana had earlier been arrested with Rs 1.02crores drug money and heroin by STF from Pathankot in 2019.

Sidhu revealed that the STF has identified certain drug hotspots and enforcement efforts were also being undertaken in these areas. Additionally, the STF had formulated a comprehensive and integrated plan for development and rejuvenation of important hotspots which aims at improving civic amenities and quality of life alongside implementing all aspects of the CADA strategy. This proposal has been submitted to the State Government and is being processed.

He said regular field visits were being undertaken by officers including Range IGPs/DIGs, DCs, SSPs, and STF officers to monitor progress and collect direct feedback on the implementation of CADA program. The District Mission Teams headed by the DC and the Sub Division Mission Teams headed by the SDM were actively involved in coordinating CADA programs at the ground level. Besides this, regular coordination meetings were also being held separately with NCB, BSF and neighboring States to formulate a joint strategy against drug trafficking and resultantly cooperation and coordination had improved.