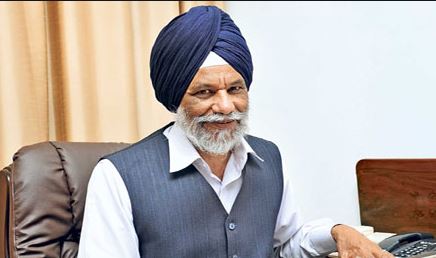 Patiala (Raftaar News Bureau) – The Shiromani Akali Dal (SAD) today condemned Health minister Brahm Mohindra for going back on the assurance given to ad-hoc Nursing and ancillary staff that they would regularised and said the government should reward front line warriors at this critical juncture instead of discriminating against them.

In a statement here, former minister Surjit Singh Rakhra said it was shocking that the Health department had not acted on the assurance given by Mr Brahm Mahindra on March 2 and had not regularised the services of the Nursing and ancillary staff till now. “While I condemn this insensitive attitude I salute the front line warriors who only agitated on this issue for two hours and assured that they would continue to do their regular duties without fail”.

The SAD leader said the government should look into all the demands of the health workers including regularising the services of all Nursing staff under probation after one year instead of two years. He said the demand of the Nursing staff which was posted in COVID-19 wards to give them insurance cover was also valid and should be accepted immediately.

Mr Rakhra advised Mr Brahm Mahindra not to dilly dally in accepting the genuine demands of the Nursing and ancillary staff of the Government Medical College. He said doing so would demoralise the staff and would be detrimental to the State’s interests at time when it was fighting a war against COVID-19.